Cricket is a funny game and even when it gets to the fantasy cricket side of things, the numbers just seem to agree to the core. There have been many instances where games have been lost from the verge of victory, victories have been snatched from the mouth of defeat and perhaps some of the most unbelievable incidents have happened on the cricket field that might just blow your cricket-loving head up.

BalleBaazi brings you a very interesting countdown in today’s BalleBaazi blog featuring the most ridiculous and mind-boggling incidents in the history of the game of cricket:

India has been blessed with three double century makers in ODI cricket who have been arguably few of the best that have graced the game. While Sachin was the one who started the trend, Sehwag followed and his Mumbai mate Rohit Sharma took this to a whole another level. Reaching the milestone thrice with 209, 264 & 208*, Sharma always keeps our eyebrows up the moment he reaches a 100. What’s interesting here is that on all three occasions when Sachin scored 200*, Sehwag 219 & Rohit 264; India won by an exact margin of 153 runs!

English cricketer Alec Stewart was one of the most influential test players in his times. He played for England in 133 tests and scored 15 hundreds and 45 fifties in an illustrious career. What’s interesting here is that he scored 8,463 runs in test match cricket and his date of birth is 8-04-63 as on 8th April 1963.

Score 183 and become the next Captain of India

Sourav Ganguly, MS Dhoni & Virat Kohli are arguably three of the best Captains that have led the Indian Cricket team. Now, what’s common among the three of them is this magical figure of 183.

Mother of all Nelsons

111 is considered as one of the most controversial numbers in cricket. At that score, most of the partnerships have broken. It’s just like how the Australians consider 87 as unlucky when you are 13 runs short of a century. Now what’s interesting here is that on the 11th of November, 2011 at 11:11 am South Africa needed exactly 111 runs to win a test match. The scoreboard read something like the picture above.

The Australia vs England MCG coincidence

New concepts are making their way on the BalleBaazi app with another Virtual tournament and deposit BalleBaazi codes that will help you get up to 50% bonus money straight into your BB wallet. Check out the #DumHaiTohYahanKhel campaign on our social media handles and make sure you participate in the upcoming contests to win free entry match tickets.

Play in the fantasy sports arena with BalleBaazi and you can stand a chance to win prizes worth crores in real cash this fantasy cricket season. Stay home, play at home, and keep BalleBaazi-ing. 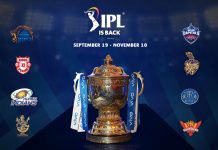 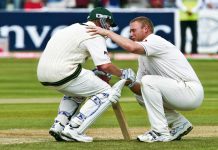 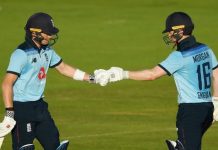