From 2019-2021, for the very first time, the concept of a World Test Championship is making its journey come to the absolute end with the top 2 teams making it to the final on the 18th of June at Southampton. India v/s New Zealand is going to be one hell of a game for all fantasy cricket enthusiasts after these two teams played some exceptional cricket over the last 2 years.

In the whole tournament, we saw many memorable knocks that graced the Championship and gave us some of the best moments in the history of world cricket. 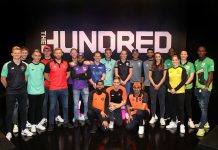