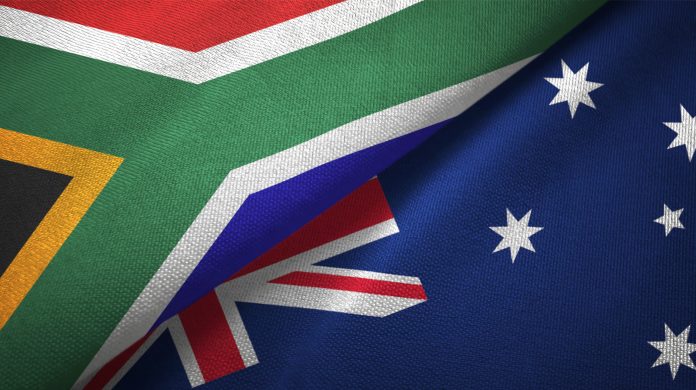 Cricket, as they say is a funny game. One over, you’ve got the edge over the bowler and in the very next you might lose your stumps flying in all directions to the same bowler. Much like fantasy cricket now, when you see points go up and down all the time, there was a game in real life cricket 14 years ago that changed the way One day cricket was going to be played for the upcoming years.

A bright sunny day with a few clouds on-and-off filled the Johannesburg stadium in South Africa. Australia and South Africa were 2-2 in the 5-match ODI series with both teams consisting of players that were in the prime of their careers. Ricky Ponting and his men up against the gritty Graeme Smith-led South Africa. Nobody knew that we were about to witness something special, something extraordinary that no one would have ever thought to themselves.

Punter and his men came out to bat with Adam Gilchrist and Simon Katich taking on an attack loaded with the likes of Makhaya Ntini & Telemachus. Gilly put up an extraordinary display of opening batting making 55 off just 44 anchored by Katich making 79 off 90 deliveries. The South African bowlers were being taken all over the park on a pitch that was probably the “most gorgeous pitch ever made” in the words of a South African legend.

Ricky Ponting came out to bat as if he was there to relive his 2003 World Cup winning innings. Same ground, similar conditions and the Australian Captain was all over the opposition scoring 164 off just 105 balls. His sidekick, Mr. Cricket, Michael Hussey on the other hand scored 81 in just 51 deliveries which was salt to injury. By the time, the pinch hitter Symonds came in the score was already 373/3. By the end of the first innings Australia posted the biggest ODI total ever in the history of the game: 434/4

When they were coming back to the dressing room, Graeme Smith told in an interview that Jacques Kallis cracked a joke on the way saying,, “Come on guys, it’s easy they are probably 15 runs short.” Everybody bursted into laughter and that seem to have “broken the ice.” Well, that was not the only thing that broke the ice because after the departure of Boeta Dippenar, Smith took it on himself to blaze through the Australian bowling attack. Partnering with Hershcelle Gibbs who had reportedly drunk all night the day before, put on a 187-run partnership in just 20 overs.

You were looking at a guy who has been judged on that famous drop catch in the 1999 World Cup all his life now. But the way, Gibbs batted that day was inhuman! After losing Smith on 90(55), he single-handedly sent the chills down to the Australian dressing room. What felt like a very comfortable total on the board actually started feeling like ’15-runs-short.’ Gibbs made his first 50 in 46 balls, second in 31 balls and the third in just 21 balls, the numbers were unbelievable! He finished at 175 off a 111 with South Africa still needing 136 to win the game. On the other end, was AB de Villiers who was quietly supporting his fellow veteran and for once, was not in the limelight.

Down to the Wire

The momentum was shifting towards Australia after Kallis & Boucher could only manage 28 runs in 6 overs but as soon as Johan van der Wath arrived, the picture of the game changed, again! Australian bowler, Mick Lewis earned an unwanted place in history after he became the most expensive bowler in ODI history giving away 113 runs in his 10 overs. Van der wath departed after doing the damage and was followed by an important knock from Telemachus. It was all left to Mark Boucher & Andrew Hall facing the last over from Brett Lee. They needed 7 from just 6 deliveries. Now, there were as many turnarounds in this over as there were in the whole match. Andrew Hall scored a boundary followed by his dismissal at mid on. This brought Makhaya Ntini to the crease who scored the most important single of his life down to third man. Mark Boucher facing Brett Lee on the penultimate ball, when he could have easily scored a single, smashed it over his head and scored a boundary. No one was playing sober cricket and were absolutely high on adrenaline.

South Africa had created history as they crossed the line and made the highest total ever in ODI cricket history in the process. 438/8 remained the benchmark for quite some time. South Africa won the series 3-2 and the greatest ODI ever in the history of cricket had just concluded. If fantasy cricket was available then, imagine how many points you’d have earned with Gibbs and Ponting as your Captain & Vice-captain.