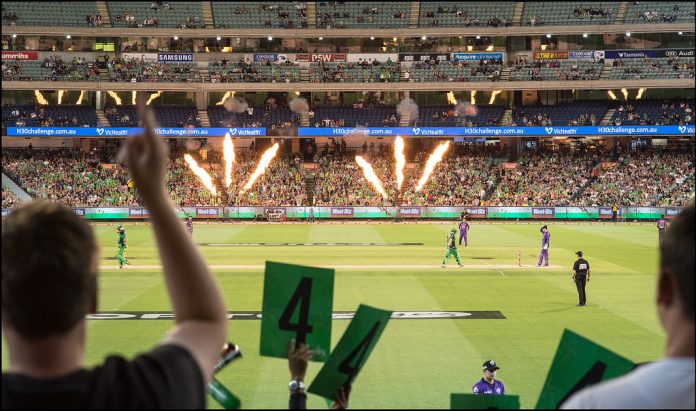 Green turfs, towering sixes, lethal bouncers and non-stop action – these are all the traits of Australia’s domestic Big Bash T20 League. Over the years, the league has produced some of the most promising stars in the world of cricket. The league has enabled legends like #DwayneBravo, #ChrisGayle, #BrendonMcCullum and many others go from strengths to strengths.

While some of the major Australian cricketing stars are set to miss the 8 th season of the Big Bash League because they are on national duty, the matches would still be nail-biting. But there’s a better way to use your fingers. Install the BalleBaazi app and make money with your in-depth knowledge of cricket.

Earn with every boundary and wicket

Almost, every match in the Big Bash T20 League is a high-scoring one, which means that you have an equal chance of making money. There’s something for the bowling fan as well as the batting fan in the BalleBaazi app. While the champion gets to win an amount of
$450,000, you will get your own chances of earning more and more by creating a winning team of 11 players from both the teams.

2018-19’s Big Bash season is the longest BBL season ever with 59 matches. You can change the way you watch the game by installing the BalleBaazi app. Other than ‘just making money’, here are a few of the many advantages that come along with fantasy cricket on BalleBaazi:

BalleBaazi app is meant for a die-hard cricket fan and hence we cover every international/domestic cricket match that’s played on the planet. So pick up your smartphone, install the app and be a part of the cricketing action, like never before.