After having a horrific run-in India, the South African team would be looking at the Mzansi Super League with high hopes of finding new talent. While they take their search to the next level with one of the most exciting T20 leagues around the world, BalleBaazi gives you a number of reasons why you should definitely make your own teams this Mzansi Super League.

It’s going to be a wild ride with all the superstars like AB de Villiers, Faf Du Plessis, Quinton De Kock, Morne Morkel & the Universe Boss himself: Chris Gayle. With the inclusion of players like Dale Steyn, JP Duminy and Mr. 360, it would be interesting to see how they perform in their home leagues post their individual retirements. Missing a fantasy cricket league where your favorite players are giving it another whack would be a really bad choice.

Yes, this time BalleBaazi has separate leaderboards for both Classic Fantasy & Batting-Bowling Fantasy. With a fantastic prize pool like this, it would be a blunder not to be a part of this league as a player yourself.

BalleBaazi is known for its exclusive promotions. The Mzansi Super T20 League is going to be no different. Use our exclusive code: MZANSI50 to get a 50% bonus when you deposit between ₹500 to ₹10,000 so what’s the delay about? Hurry up and put your bucks in the right place.

Join the Mzansi Super T20 League now because it’s this T20 bonanza that can change the game for you out and out. Get your Captains & Vice Captains ready for the tournament.

This month, BalleBaazi is on a roll with its bonus usable leagues and the Mzansi Super T20 League will witness many of these leagues from the 7th of November till the finale i.e. 16th of December. Use 50% of your bonus cash to join the leagues and get in the race for the big prize money. 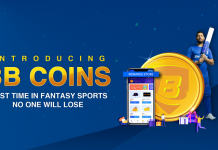 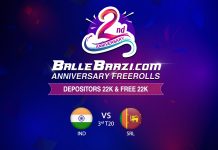