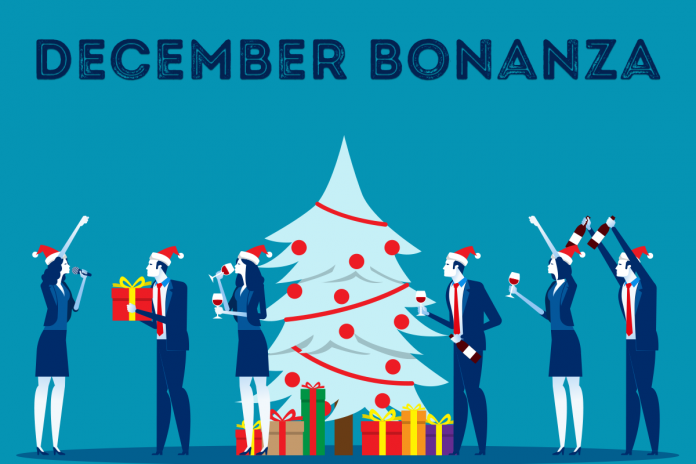 2019 has been a fantastic year in terms of Fantasy Cricket with iconic tournaments like the World Cup, India’s tour of Australia, the T10 league, GT20 tournament, the world Test Championship etc. The fun isn’t over yet though, and as December arrives, we are here to tell you how you can win lakhs on BalleBaaz with the various tournaments in store for you.

December is going to be a game-changing month with international matches, star-studded T20 leagues, the Ranji Trophy and much more! Now let’s take a look:

India will be back to battling it out with their Caribbean buddies in a 3 match T20 & 3 match ODI series at home. The promotions for this battle of class v/s power have already begun with Pollar & Rohit turning up the heat on-screen. This series is going to be crucial in terms of fantasy cricket lovers as we will be coming up with special bonuses, leaderboards and maybe some more gadgets for you to win.

Pakistan have been facing a tough time in Australia where David Warner and team have been taking them for a ride in the test championship. This series could be there chance of redemption against a fragile Sri Lankan side. Get your fantasy cricket gear ready to predict the match winners of this series.

The Kiwis take on the mighty Aussies in the world test championship as they play down under with their arch rivals. Both the teams are in top-form as far as test match format is concerned and this series is going to be a treat especially when the likes of Pat Cummins will bowl to Tom Latham who is in absolutely sublime touch

This series is going to be long and a treat for all fantasy cricket lovers as England & South Africa battle it out in 3 tests, 3 ODIs and 3 T20Is. England would be looking to get back at South Africa after their tedious stay in New Zealand. The Proteas, on the other hand would be playing for their reputation after suffering an embarrassing defeat against the Indians.

The much-anticipated league this month in Qatar will leverage the popularity of the recently concluded Abu Dhabi T10 league that saw Yuvi’s Maratha Arabians prevail in the end. If reports are to be believed our Baazigar Yuvraj Singh will be seen hitting sixes in this league as well being the biggest global icon player of the entire league. BalleBaazi will soon be coming up with exclusive fantasy sports and cricket offers for this league featuring Yuvi Paa.

Surrounded by controversies and speculation post the Shakib-Al Hasan incident, the BPL has been under the scanner for quite some time. But as they say, the show must go on. This year’s Bangladesh Premier League will feature your favorite star players like AB, Bravo and many more to make sure the T20 action prevails by the year end.

The Baap of all domestic cricket tournaments is here featuring both the veterans and the future of Indian cricket battling for the coveted title. The Ranji Trophy will see how different states will play for their pride and will end up in shaping a better future of Indian Cricket.

How To Win Lakhs this Season?

Simply put your cricketing knowledge to the best use and play fantasy cricket on the BalleBaazi fantasy app where you can earn real money online daily. Prizes up to lakhs are distributed daily and you can win a new gadget every week. Keep checking the blog for fantasy tips and tricks along with promo codes that are all set to rock your December. Remember, using our deposit codes can net you huge bonuses that let you earn money from cricket matches happening across the world!

Also, this month we’ll celebrate the Birthday of our Baazigar Yuvi on the 12th of December so stay tuned for something special coming up this season. Winter is coming!