﻿﻿ How Gadget Week on BalleBaazi Changed the Lives of Fantasy Cricket Players?
Menu 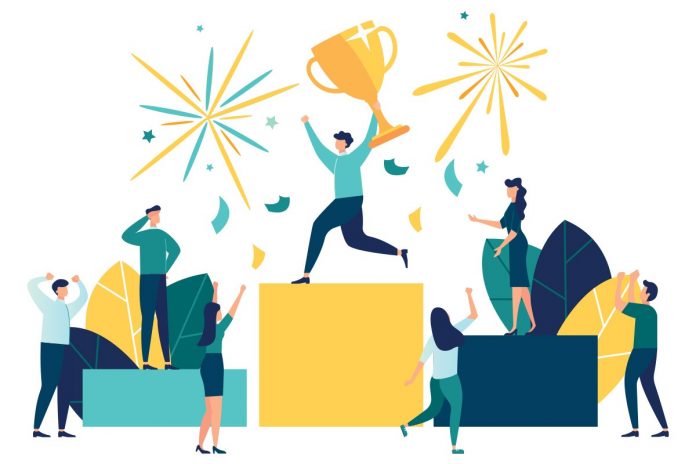 Yuvraj Singh seems to be having a Midas touch when it comes to winning trophies. The recently concluded Abu Dhabi T10 League saw the south paw’s team Maratha Arabians bagging the winner’s trophy defeating the Deccan team in the final in what could be said a bread & butter affair. The Marathas completely owned the opposition. While Yuvi & his team have won big, our Baazigars on BalleBaazi have won immensely grand prizes and gadgets every day in the exciting Gadget week.

The BB Crew at BalleBaazi came out with a revolutionary idea in the T10 season of the Gadget Week where a user got a chance to win a new gadget every week featuring smart books, latest trending smart phones and high end speakers along with headphones with some extraordinary sound quality that will take your fantasy gaming experience to another level.

We came across multiple winners this season of people coming from humble backgrounds, utilizing their knowledge and skill of the game and grabbing the best prizes of the season.  Some super excited Baazigars were kind enough to send us their testimonies and selfie videos expressing their gratitude for BalleBaazi. Check them out here:

Belonging from the small town of Nadia, West Bengal Suman Dutta turned out to be our first winner of the gadget week who aced the first match of the T10 tournament between the Maratha Arabians and Northern Warriors. Choosing Andre Russell as his captain whom he quotes was a ‘No Brainer’ and says, “I was confident enough of Russell performing as an all-rounder because this format was made for a player like him”. He expresses his gratitude to BalleBaazi and ensures to play almost daily on the best fantasy cricket app. 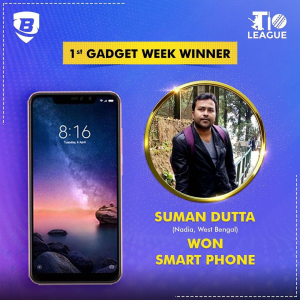 Kerala, the city of literacy and it was no surprises when we found out Lajeesh from Thiruvalla aced our Gadget league for the second match in the T10. Enthusiastic as he was, Lajeesh put his cricketing knowledge and skills perfectly to bag an all-new smartphone. “Fantasy gaming cannot rely only on chance, it does take a lot of research on player records and stats to get your choices right.” Expressing his gratitude for BalleBaazi: “Thank you BalleBaazi for the gadget week concept, it really makes the fantasy gaming experience very exciting.” 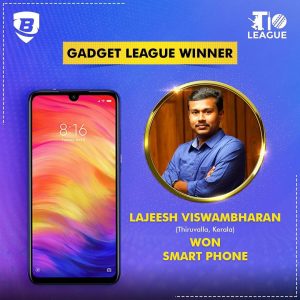 An exceptional winner whom we came across was Mukesh Jha from Bhiwani, Haryana who won both 1st and 2nd prize in the gadget league. This was a rare feat where one player won two prizes in the same match. Mukesh, who was really excited after this emphatic win came in touch with us and sent us his selfie video as a testimony to aspiring fantasy gaming players. Check it out: 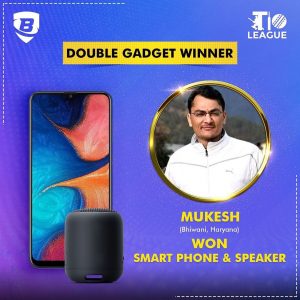 From the land of Ajanta & Ellora we found another Baazigar by the name of Sanjay Gothawal who bagged the knockout gadget league prize- an all-new smart book and gave credits to his research and BalleBaazi blog match previews that help him take in-form decisions whenever he makes his fantasy cricket teams. 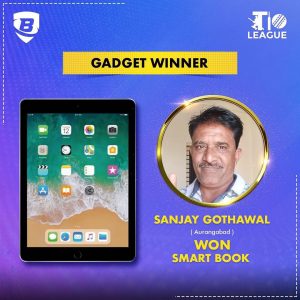 And finally, while Yuvi was lifting the title trophy, Ashish Singh from Allahabad bagged a smart book for himself. Being a student, Ashish was very excited to win something off his own skillset. When it comes to fantasy cricket, Ashish is an expert and is willing to continue playing fantasy sports on BalleBaazi. “Instant gratifications for my knowledge and skill! What else do I want?”, said a pumped up Ashish in his super emphatic voice. 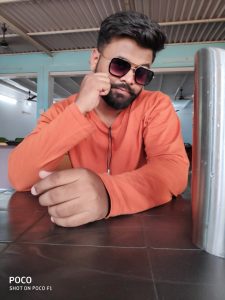 BalleBaazi will keep coming up with more exciting concepts and leagues to help our users experience the most amazing fantasy cricket action. With India vs West Indies on the side lines brace yourself with some new upcoming codes in December and get ready to bag more bonuses.