Osasuna returned to LaLiga in the 2019-20 season after having spent two seasons in Segunda. And they did incredibly. Ending 10th only 4 points from Europa, 11th the next season. They are one of the most impressive sides in the league. El Sadar is historically known to be one of the most difficult away grounds in Spain, and upon Osasuna’s LaLiga return that proved true yet again.

Club Atletico Osasuna was established in 1920. In 1932 the club already played in the Segunda and three years after – in the Primera. The club finished 6th in the season of 1985 and took part in the UEFA Cup but tumbled out of the tournament after the second round. In 1991 the club finished the championship in 4th position and again participated in the UEFA Cup but didn’t get through the third round.

In 1994 the club got relegated to the Segunda division where they spent 6 unsuccessful seasons. 11 years later, in 2005, Osasuna reached the final of the Copa del Rey to be beaten by Real Betis.

In the spring of 2006, the club from Osasuna finished 4th and secured a place in the UEFA Champions League qualifying round. It did not succeed in passing through play-off games and was set to be competing for the UEFA Cup once again. That came to be their best European season when the team got through to the semi-finals and lost to the future winner of the trophy, their compatriots Sevilla. The Club has produced some wonderful players since its inception in 1920.

Let’s have a look at the top 10 players at CA Osasuna:

Onwu is one of the most prolific strikers in the world of football. The 33-year-old got engaged in football in his hometown amateur club Tudelano. However, the resilient striker was soon noticed by the scouts from Osasuna who offered him a contract. Onwu and the club agreed upon the terms and the footballer joined the second team.

During the season 2011/12, Onwu scored 11 goals in 30 games thus appealing to the main coach who invited him to train with the main squad. His La Liga debut took place in a game against Athletic Bilbao where he helped his team win the match 2-1 and since then he became the most established player in the side.

The French-born is an astonishing defender who plays for CA Osasuna. Raoul moved to Spain in 2008 at the age of just 19 and joined an amateur club Manchego.

In 2009, he signed with a club named Ceuta in the Segunda B. He featured in around 35 games in his first season including both games against Barcelona in the Copa del Rey. During the 2011 pre-season, Raoul moved to Osasuna. First, he got linked to the reserves of the club and continued his performance in the third Spanish league.

Darko started to play football in 1998 when he joined the academy of Zlatibor. The footballer spent seven years with the junior squad of the club and completed a move to the youth system of Belgrade side Partizan.

At the beginning of 2010, Brasanac gave a final touch to all the preparations for a senior start and signed his first professional contract with ‘The Black & Whites’. After seven appearances for the team, the midfielder went on loan to Smederevo, where he netted two goals in 24 matches.

The Spanish-born goalkeeper is one of the most renowned players at CA Osasuna. He represented the club for two years between 2004-2006 and left a huge mark on the team and won the hearts of his plethora of fans. He came through the youth system of CA Osasuna and then played for the club’s reserve team.

In 2006, he joined the reserve team of Las Palmas and played for them for two seasons. His first-team debut was a 1-0 win against Celta de Vigo and since then Santamaría stayed with the team for one more season. In 2009, he was sent to Malaga on loan. There he was a substitute for Gustavo Munúa in four Spanish Cup matches.

A winner of the U-19 UEFA European Championship in 2007, he’s a product of the Osasuna youth system who has played for their senior squad since 2007.

Javad Nekounam is an Iranian veteran footballer who played as a central midfielder. Nekounam was a player of class and integrity and has delivered a plethora of match-winning performances for his clubs. He is currently the manager of Foolad FC.

He spent most of his professional career with Pas Tehran FC and Spain’s Osasuna, appearing in 197 official games and netting 31 goals over his two spells with the latter club and also being a team captain. He also competed in the United Arab Emirates, Kuwait, and Qatar, in 18 seasons as a senior.

The man who needs no introduction. The great Uruguayan midfielder was one of the most ferocious players in the world of football.

Pablo was a player with great acumen, amazing skills, and terrific qualities which he could showcase on the football pitch during his time. As a footballer, Garcia began his career with Montevideo Wanderers, continued at Penarol, and six months later was transferred to Atletico Madrid, which was then playing in Spain’s second division. After two good seasons, he moved to Italy with Milan but was loaned to Venezia. The following season he returned to Spain with Osasuna. His appearances there secured a move to Real Madrid on a three-year contract in the summer of 2005. In his first season with Madrid, he made 25 appearances as Real Madrid finished second in La Liga.

John Aloisi, a former Italian-Australian football player and the manager of A-League club Brisbane Roar who was considered the most versatile and consistent player during his golden phase.

In a professional career that spanned 20 seasons, with league totals of 459 games and 127 goals, he was the first Australian ever to play and score in La Liga, the Premier League, and Serie A. He returned to his country in 2007, with four seasons in the A-League. Aloisi was an integral member of the Australia national team for more than one decade, and represented the nation at the 2006 World Cup, being an essential figure in the qualifying stages. He also appeared for the Socceroos in two Confederations Cups. Aloisi was described as a goal poacher who was able to “hold the ball up well and create opportunities for his teammates.

A compact winger, Jesus puts defenders on their heels with his agility and balance. He is the emerging player of the club who looks quite promising and reliable. A right-back from Navarre, Jesus Areso joined Bilbao Athletic in 2017-18. Since then, he’s notched up 79 appearances for the reserve side. Also possesses a lot of stamina and is someone who can happily spend 90 minutes running up and down the right flank. What’s more, the youngster has worked hard on the defensive side of his game, becoming a more complete full-back.

He was an absolute legend of the game. Robinson is remembered as the most respectable and loveable in the history of the game of football. Michael was not just a football player but an emotion for a lot of fans around the globe. Throughout his playing career, the legend has delivered a lot of thrilling performances and helped his clubs emerge victorious in several big tournaments. He appeared in more than 300 matches across all competitions and netted a staggering 83 goals.

After saying goodbye to football he began his career in broadcasting in Spain. He later worked as a commentator and presenter on Cadena SER’s El Larguero and then on the channel “Canal Plus” where he hosted the cult television show El día despues for 14 years.

On 28th April 2020, Robinson died at his home in Spain’s Marbella after a two-year fight against cancer. It was the saddest day in the footballing world.

Let’s rub our lucky coin until it shimmers all our hopes and dreams into reality. Start playing against your friends or against everyone to win Real Cash using your exceptional football knowledge. 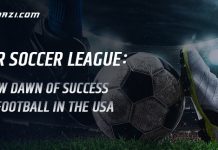 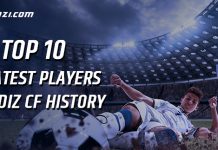 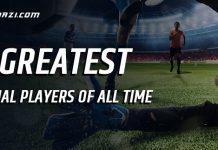