The earliest reference to Cricket is can be witnessed in the tales from South East England during the mid-16th century. With the colonial expansion of “The Empire”, the game made it to many far-flung areas and soon became a global phenomenon.

Today, cricket is played in and by 106 countries around the world (12 Full members and 94 Associate members). Twenty African teams, 17 Americas teams, 23 Asian countries, 11 East-Asia Pacific countries, and 35 European nations, make this one of the most popular team sports worldwide.

Now depending on who you ask, the greatest cricket player of all time may vary, depending on the era, country, format, flair etc. But some players still made a huge impact on the sport and the hearts of many all around the world for years to come and achieved legendary status.

So, in no particular order, Let’s look at some of the Greatest Cricket Players of All Time.

This Aussie legend has been regarded as the Greatest Cricket Player of All Time and commands the top authority in the sport since 1927 till date. “The Don”, with a career test batting average of 99.94, has been cited as the greatest achievement by any sportsman in any major sport. During a 20-year playing career, Bradman consistently scored at a level that made him one of the best cricketers in the world to grace the sport, to date.

Sachin Tendulkar was that cricketer whose personality and aura upstaged any cricketing contest, yet he maintained that he wasn’t greater than the game. To the people of India, the 5’5” giant of a man was much more than that. He was an emotion; a symbol of hope in a nation that revered him as nothing short of a God.

Tendulkar is the leading run-scorer in Tests and one of the Greatest Cricket Players of All Time, with 15,921 runs in test, as well as 18,426 runs in One-Day Internationals. He is the only player to score more than 30,000 runs in all forms of international cricket (Tests, ODIs and Twenty20 Internationals) making him the World’s Best Cricket Player.

Garry Sobers excelled at all aspects of the game, and few would argue his claim as one of the Best Cricketer in the World of modern cricket. His achievements are numerous – including the six consecutive sixes hit off an over from the unfortunate Malcolm Nash, a superb inning of 254 for the Rest of the World against Australia in 1971 that earned the praise of Don Bradman, and a place in the Greatest Cricket Player of All Time hall of fame.

He was played initially mostly as a bowler, but four years later set the Test record for an individual batsman with a mammoth 365 against Pakistan.

The name Viv Richards is often associated with his destructive batting style (and rightly so), but not many remember him as one of the best captains for the West Indies. In the period between 1984 and 1991, when he was the captain for 50 Tests, West Indies never lost even a single series.

Aggressive batting was not a very common sight in the 1970s and 80s, but the term aggression is an understatement when it comes to describing Viv’s batting. Devastating would be a better term.

He made his Test debut in 1974 in India and scored an unbeaten 192 in his very second game. Just 2 years later, in 1976, Richards scored 1710 runs at an average of 90 with 7 centuries from 11 Tests. It remained a record for almost 30 years until it was broken by Mohammad Yousuf in 2006. 8000+ Test runs at a 50+ average with 24 centuries will comfortably fall into one of the Best Cricketers in the World.

Considered one of cricket’s greatest all-rounders, Imran Khan has the second-highest all-time batting average of 61.86 for a Test batsman playing at position 6 in the batting order.

Khan achieved the all-rounder’s triple when he scored 3,807 runs and took 362 wickets in 75 Tests, the second-fastest record behind Ian Botham’s 72, and was inducted into the ICC Cricket Hall of Fame making him one of the world’s best cricket player.

Shane Warne is famous for his mastery of leg spin and is widely regarded as one of the best cricketers in the world. Warne revolutionised cricket thinking with his mastery of leg spin, which many cricket followers had come to regard as a dying art due to the difficulty of bowling the deliveries accurately. Warne was the 3rd-highest five-wicket haul taker in the international arena after Muttiah Muralitharan and Richard Hadlee. He took 37 Test fivers and a single ODI fiver, along with 10 Test ten-wicket hauls.

The Australian superstar has records for most wickets (96) taken in a calendar year in test matches.  Also, holding the record for scoring the most runs in Test cricket without scoring a century, and being the first bowler in cricket history to take 600 wickets.

Brian Charles Lara, like a masterful actor, slipped in and out of several roles with effortless ease. He is regarded as the Greatest Cricket Player of All Time. The compact left-handed batsman is the record holder for most runs scored in an innings in both Test (international) and first-class cricket.

He has the highest individual score in both first-class cricket (501 not out for Warwickshire against Durham in 1994) and Test cricket (400 not out for the West Indies against England in 2004). Lara amassed his world record 501 in 474 minutes off only 427 balls.

The Wizard of the Emerald Isle – Muralitharan picked up 534 ODI wickets and a staggering 800 wickets in the longest format, which takes his international wickets tally to an astounding 1347 (Including 13 wickets in T20Is).

Muralitharan was also known for his sportsmanship and is one of those cricketers who is universally admired and revered as one of the Greatest Cricket Players of All Time.

The Sri Lankan cricketer is still regarded as one of the best spin bowlers in cricket history.  In Test matches, he holds the record for most 10-wicket hauls with 22.  He has the record (66) for five-wicket hauls and Muralitharan is the only player to have taken a 10-wicket haul in every country where Tests are played.  He also holds records of 11 awards for the World’s Best Cricket Player in the Series of Test cricket.

One of the best ever cricket captains and Greatest Cricket Players of All Time, Rickey Ponting, captain of Australia’s national cricket team in Test cricket during its “golden age.” Throughout his 17-year international career, he played both formats for his country and completed more than 27,000 runs.

With 46 matches played, Ponting holds the record for the most World Cup appearances. He captains a squad that won the World Cup in 2003 and 2007 and competed in the 1999 squad headed by Steve Waugh.

In the 77 Test matches Ponting has captained, the Australians won 48 of them, 162 of the 229 One-Day Internationals, and 7 of the 17 Twenty20 games. With 8497 runs, Ponting holds the record in ODI history for scoring most runs as a captain.

Virat Kohli has been a monumental figure in modern cricket. One of the best cricketers in the world recently became the first-ever cricketer to score more than 20,000 International runs in a calendar decade, a feat even the likes of Brian Lara, Sachin Tendulkar or Ricky Ponting couldn’t achieve, making him one among the Greatest Cricket Player of All Time.

Kohli is widely regarded as the best batsman of his era, such is his talent and star appeal, he’s topped the list of the highest-paid cricketers and ranked near the top highest-paid athletes in the world. He’s still playing, so we expect even more records to be broken before he retires.

Inspired to set some new records yourself?

Sign up today and avail ₹50 to begin drafting a winning team and bring home the insane cash rewards that await. With over 80 Lakh players competing head to head and in contests and millions distributed in rewards, BalleBaazi is the go to place for all your fantasy sports cravings.

Download the app and start building a fortune today! 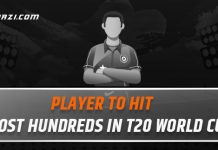 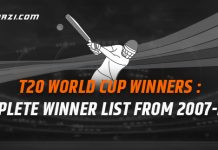 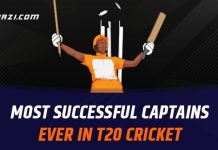