ICC announced earlier this week that India will host the ICC Women’s World Cup in 2025. This came with the announcement that Bangladesh, Sri Lanka, and England will be the other hosts for the tournaments between 2024-2027.

The hosts were selected on the basis of a bidding process that was overseen by the ICC indirectly and under the direct stewardship of a sub-committee headed by the BCCI president Sourav Ganguly. After having won the right to host the marquee tournament, the BCCI president expressed how happy he was to have secured such a significant tournament. The last time India hosted the Women’s World Cup was in 2013. Since then, the sport for women has drastically changed with more visibility and popularity of the players as well.

The tell-tale signs of the tournament happening in India might not be favorable for India. The last time India hosted the competition in 2013, Australia ended up winning the game. They defeated the West Indies national team by 114 runs in Mumbai. With the venue not historically being inclined towards India, this year, the growth of the sport in the country will be truly tested.

Besides, the 2025 World Cup is not just important for women’s cricket because the last time India organized a global cricketing event was in 2016 when the T20 world cup was hosted for both men and women.

The World Cup of 2025 will allow direct entry to the host and the top five cricketing nations. The other two teams will be selected from a global qualifier comprising six teams who are in the pecking order of the ICC rankings. India has hosted the event thrice now from 1978,1997,2013 and this time they are bullish about the tournament because the BCCI aims at making women’s cricket a regular event. This should be a precursor to the women’s IPL that they are planning to organize.

BCCI secretary Jay Shah remarked that the BCCI is doing everything in its power to encourage and facilitate the growth of the sport from the grassroots level. They believe that hosting the tournament will further boost the popularity of the sport in the country. During the 2013 World Cup, a lot of gems were unearthed including New Zealand’s Suzie Bates who went on to score 407 runs. With the ball, Megan Schutt was able to pick up 15 wickets. Will the Indians fire with the ball and bat this time and propel India to the top? This remains to be seen.

However, the 2026 cricket World Cup will be hosted by England. This opportunity comes after 2017 when Heather Knight lifted the trophy in front of a sold-out crowd at Lords. The England and Wales Cricket Board believes that since then the popularity of the sport has skyrocketed and the aim is to emulate the popularity of the UEFA Women’s Euro. It remains to be seen if the audience can be hooked to cricket as they have been hooked to football. 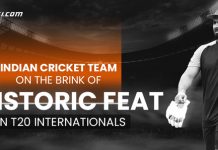