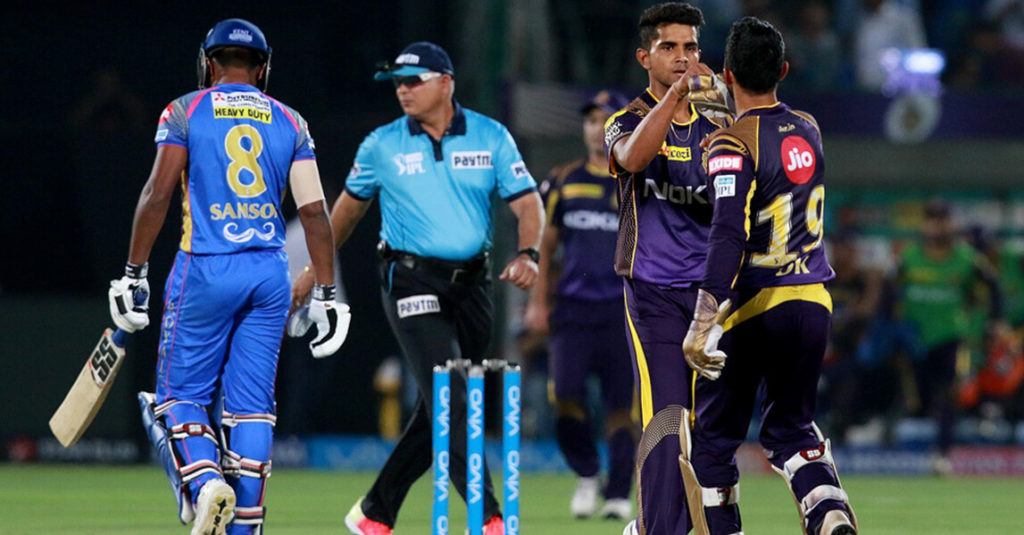 Rajasthan had not won enough matches to qualify for the playoffs, they had to rely on MI to lose so they could qualify. And at the other end, KKR made their way to qualifiers in less dramatic and more confident way. The kind of entry Rajasthan got in the playoffs, they had absolutely nothing to lose, and the cricket they played in the first half of the first innings, the way Rahane led the team, it clearly showed that they were there for the kill.

After, a good toss to win, Rahane opted to bowl first. The pitch was expected to have a sticky turn and bounce for the spinners and something for the pacers too. Narine failed to provide the desired start to the host and initiated an outbreak of the top order. Gowtham, Gopal, and Archer bowled brilliantly at the top and complimented Rahane’s out-of-box captaincy. But Kartik had come in with a different set of plans, he, along with the young gun Gill, slowed the game down for Rajasthan and set a perfect stage for Russel. Came Russel, he broke the shackles, shifted the momentum, and put KKR in a stage where no could have imagined at halfway down. When Rahane and Tripathi took guards, the match was evenly poised between the two. But it remained only till the first few overs.

Rahane looked aggressive and was playing the kind of sensible cricket he is known for. Then, Narine, KKR’s trump card was hit for two biggies in an over by Tripathi. The momentum was shifted. Even after Chawla sent off Tripathi with a wrong’un, Rahane and Samson kept Rajasthan in command. As the match progressed, the run rate was creeping up slowly, but the visitors looked in control.

Things were about to take dramatic turns when Kuldeep dismissed Rahane. There were still more than enough chances for Rajasthan with Samson and Klassen at the middle. But KKR spinners kept them quite, and soon Samson, who was expected to take Rajasthan home, got carried away and got caught at long on. Fresh-legged Prasidda Krishna bowled an unbelievable 19th over and destroyed all the hopes of Rajasthan. And the last over remained formality.