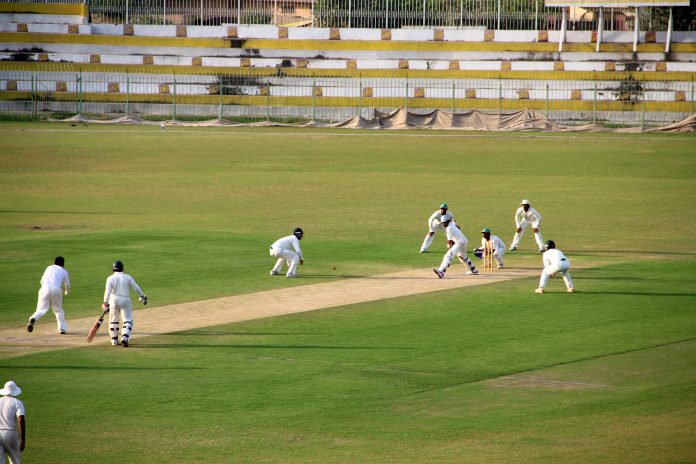 And it happened as we had feared before! Kane Williamson won the toss at the Hagley Oval and chose to bowl first. Virat Kohli and his men were put into bat on the 1st day of the 2nd test and Prithvi Shaw along with Mayank Agarwal were ready at the crease to face the music in this India vs New Zealand encounter. We hope fantasy cricket enthusiasts at one of the best fantasy sports app, BalleBaazi had a wonderful time making their own teams.

As it Happened: Day 1

With Neil Wagner back in the mix, the Blackcaps had more depth but India got off to a solid start with Prithvi Shaw scoring at a good rate. At the start of the 5th over, Trent Boult managed to get one back in to the right hander Agarwal and he was sent packing at a meagre score of 7.  In came the world’s number 2 Test batsmen & India’s Captain Virat Kohli.

Kohli’s dreadful form in the series continued as Tim Southee’s outfoxing in swinger got him plumbed in front yet again. Southee has dismissed Kohli 10 times in test matches which is a record against the run machine. India’s concerns were growing after Ajinkya Rahane also fell for just 7 after he edged one to the slips and Shaw edged one to a blinder taken by Tom Latham.

Prithvi Shaw showed some momentum but he also departed at 54 on the bowling of Kyle Jamieson. India were struggling at 113/4 but then in came Hanuma Vihari & along with Cheteshwar Pujara got India to some sort of stability as the two built up an 81-run-stand. Both got to their modest half centuries until India lost Vihari(55) at the stroke of tea when Neil Wagner successfully broke his patience and got one edged to the wicketkeeper Watling.

After tea, India started losing wickets in quick succession after Pujara played a rash shot and went back to the pavilion after scoring 54 in 140 deliveries. The tail of the Indian Cricket team followed after that as Rishabh Pant failed yet again after he got played on by Jamieson and the Kiwi bowler went on to pick his first fifer in only his second test match. India were struggling towards the end and a formidable total of 250 seem farfetched but Mohd Shami had other plans. He took on the attack to Trent Boult and hit 2 huge sixes to get India past 240 before the speedster got the better of him and dismissed him in the same over. India put on 242 on the board.

In reply, New Zealand by far, have played exceptional cricket with both Toms building their innings steadily as the Kiwis finished 63 for the loss of no wicket at the end of the first day of the second test at the Hagley Oval. The day, in the end belonged to New Zealand as they dominated the last session fairly to take the game away from the Indians.

Do not miss out on checking your fantasy cricket points on BalleBaazi after the 1st day of the India vs New Zealand test match. India might or might not get back into the game but you have every chance to up your fantasy cricket game on BalleBaazi. Use BalleBaazi codes live on our promotions tab and join the Women’s T20 world cup fantasy cricket along with the Pak T20 league. Get ready for the Reward Programme coming up and do not forget to be a part of the Partnership Programme where we are giving you more chances to earn real cash online in fantasy sports.  Keep checking out this space for more fantasy tips and tricks to get to the top of your fantasy gaming.