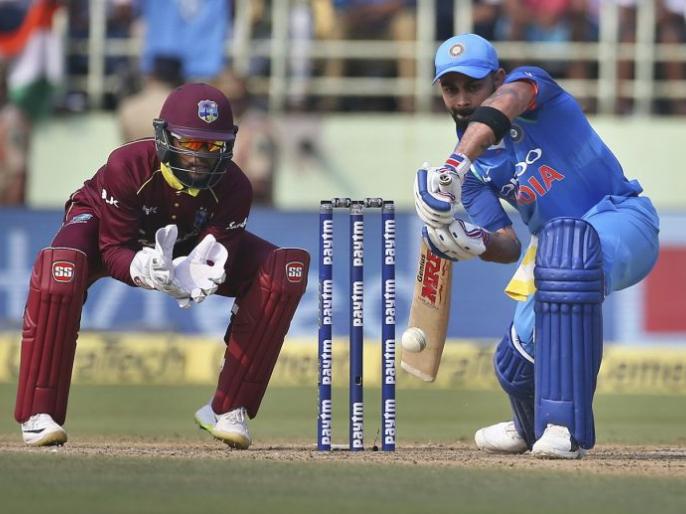 The Windies are in a completely different zone right now. They might have lost the test series, but everybody knows, the shorter the format, the more dangerous side they become. That is the reason for
their consistency in the T20s. They have proved that they are not playing this series as a lost cause. India, on the other hand, India is in a questionable situation. They have lost to a team that couldn’t even qualify for the world cup after struggling in the first two games as well. It is high time they take some strong measures. Kohli can’t win you all the games every time. They will have to find someone else to depend on as well as Dhoni is not at his best right now. Let’s take a look at the probable playing 11 for this game.

The shift from the Wankhede to Brabourne stadium could shift the tone of the game as well. This has not been a very high scoring ground, but there have not been a lot of games played here. So, it could also be as batting friendly as the grounds of Guwahati was.

The team has disappointed in this series so far. Apart from Kohli, the whole team has been haywire looking for some guidance. This has been the story for some time now which is a concern as you can’t expect to win a World cup with just one player, you need a team. Kedar Jadhav will come back for this game which again, raises a question on the selection process. As, what did he do in just two days which he has not done before that? Jadeja might come back as well in place of Khaleel to strengthen the lower batting order. The fate of this game will again depend on middle order to back the openers.

The maturity that this team has shown is leaps ahead of what they did in the test series. We might have expected some brilliant knocks from the experienced Samuels and Powell. However, young players like Hope and Hetmeyer have been brilliantly carrying out the same responsibility. Nurse was excellent in the last match as an all-rounder, and we can expect the same from him again. There should not be any significant changes in the team barring any injury for this match. They would want to go in with the same arsenal which helped them achieve victory in the last game. Eyes have shifted from India to Windies after their brilliant performance so far in this series. People are rooting for them, and we hope
they can capitalise on this momentum.