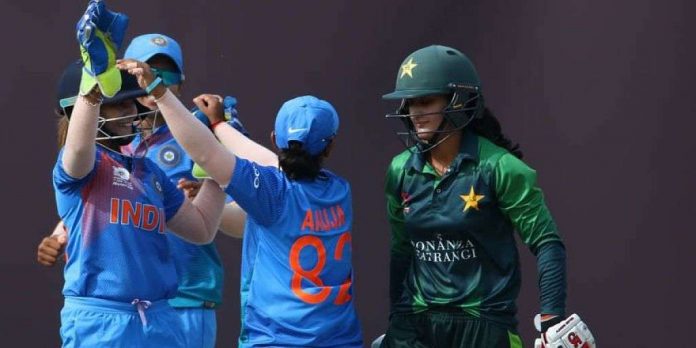 The rivalry between India and Pakistan in cricket is famous all over the world. Women’s cricket is no different. This will be a crucial match for both the teams and they would want to win at any cost. India who started the tournament with a convincing win over New Zealand looks in a fantastic touch.
Pakistan, on the other hand, has not been able to get their mojo going. They were not able to do well in Asia cup, and the same happened in their first match where Australia destroyed their attack. This match will be crucial for both the teams in terms of momentum as every match they lose will impact their chances to make it to the semi-finals. Let us take a look at the probable playing 11 for this game.

The first day of this tournament was exciting for this ground. They saw the highest and lowest total changed in a single day. The ground is still good for batting and we can see some big totals again.

Harmanpreet led the team from the front in the first match with a brilliant century which paved the path for India’s victory against mighty New Zealand. Jemimah Rodrigues justified the reason why she is in this team with her brilliant knock along with Kaur. The only concern in batting is the form of Mandana. She has not been able to perform for some time now. She has the potential to change any game, and she needs that one knock to get going. India will have to score high in every match as they don’t have enough firepower in the bowling department. They mostly rely on their spinners who can fall flat on batting pitches. Newcomer Hemalatha and Poonam Yadav did show some brilliant piece of
bowling, but it is yet to be seen how they perform under pressure.

They would not have imagined the start of the series to be that bad. They were not able to put any pressure on the Australian side in any way. Bowling or batting, both the departments were not up to the mark. If they lose this game, they might have to rely on the run-rate to qualify for the semi-finals. They will have to give in everything and Javeria will have to lead from the front. Sana Mir was not able to make an impact with the ball, but she will have to in this game. They might not make any changes in the team, but they will have to come together as one if they want to defeat India.