The thrill is increasing with every match, as this season of IPL is coming close to its playoffs. We still have 5 contenders for the 3 rd and 4 th positions. This game is between two of those teams. Both the teams have had their fair share of hard luck this season, but the time has come to give it all in. On one hand we have Rajasthan Royals who have just pulled three consecutive wins, while on the other, we have KKR moving in and out of top 4 continuously. Each game is either Do or Die for them now, and they will be going head to head to justify the same. Check out the KKR vs RR Probable Final Playing 11 below.

Eden Gardens, Kolkata
It is one of the batting friendly grounds; however spinners do get their share of dominance. It will be an interesting game as KKR has always had an upper hand by winning 4 out of 6 matches played against RR on this ground.

(The above stats only include the IPL matches played at Eden Gardens, Kolkata)

This whole season KKR has shown team effort. They have tried to outperform their opponent in one or the other aspect of the game. Though the new captain was in limelight, KKR’s own Russell and Narine have again proved their worth with both, bat and ball. It has been a season with ups and downs but with only two games left, they would want to make the most of it and cement their position in Top 4. They might want to go with the same 3 spinners and exploit the most out of this ground. They might go with the same winning team.

Rajasthan Royals may have won their last three games but the question still remains! What happens when Butler has a bad day? The whole batting lineup looks dependent on Butler and Samson. Rahane, Short, Stokes have failed every chance they have been given. They need to take charge in these must win games now. Bowling department have been on the plus side. With addition of Archer and Ish Sodhi, the bowling looks really good. They might repeat history if they strengthen their batting lineup. They might want to bring Sodhi back for this match. 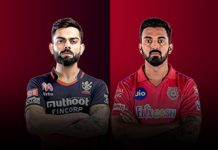