﻿﻿ Most Successful Captains Ever in T20 Cricket
Menu

Ever since its beginning, T20 cricket has no doubt been the most exciting form of cricket. There are millions of followers of the game these days. Those who think that T20 games are all about just slog-hitting, it is practically a game of strategy and requires immaculate game planning and perfect execution.

T20 cricket is one of the most unexpected forms of the game where consistency alone is not the key. Teams need to have perfect execution to win a match against their opponents.

T20 cricket is exciting to watch as it is just a 20-over game not giving teams time to come back. Therefore, proper planning and most importantly execution under pressure become an even more important need in this format of cricket.

Let us have a look at some of the interesting facts about T20 cricket:

The first T20 International in Men’s cricket was played in Eden Park, Auckland, New Zealand, between the hosts New Zealand and Australia. The five-time ODI world champions won the match.

The first T20 World Cup was organized in South Africa in 2007 and India became the first T20 world champion. So far, West Indies bags the credit to become world champions in T20 cricket winning the cup twice in the 2012 and 2016 editions.

Role of a Captain in T20 Cricket

Perhaps better said,  the role and direction of a captain in a T20 match is much more significant than the other two formats of the game. In T20 matches the captain has much more responsibilities for player selection, forming team plans and handling pressure.

The captain is also responsible for making changes in batting and bowling lineups according to the circumstances of a given T20 match. Over the years, we have seen many captains but here, we will take a look at the stats of the best T20 captains the format has seen so far.

Best Captains Of T20 International Cricket: Peek into the Stats

MS Dhoni is widely regarded as  India’s best captain in cricket across all formats. He led India to the inaugural edition of the World T20 championship and despite India being one of the underrated teams of that time, Dhoni captained India to become the first world champion of T20.

Although Dhoni may have retired from all forms of the game, his T20 career spans around 10 good years coupling with his stint captaining India to glory in the first edition of the T20 World Cup.

He played a total of 98 T20 internationals in the Indian jersey. As a captain of India from 2007 to 2016, he led India in 72 T20 internationals, winning 41 and losing 28 matches while one was a tie and two others ended with washouts. Dhoni’s win percentage as the Indian skipper is 59.28%. During his entire career, he was considered an explosive finisher amassing 1,617 runs with an average of 37.6.

Eoin Morgan was one of the best captains of England, especially in the T20 format. He retired from all forms of International Cricket this year in June handing over T20 and ODI captaincy to Jos Butler.

Eoin, who was one of the pillars of the English T20 international team, was considered an explosive batsman. The southpaw captained England from 2012 up until June this year, handling the responsibilities of captaincy in 72 matches.

Under the leadership of Eoin, England won 42 matches and lost 27 whereas two had been tied and one ended with no result. In total, he played a total of 115 matches scoring runs with a healthy strike rate of 136.17.

Aaron Finch is another T20 World Cup-winning captain. He stands in as the current Australian Captain as the Kangaroos are right now the defending world champions.

Aaron Finch is the first and only Australian captain to win the T20 World Cup having achieved this feat just last year in 2021. He captained Australia to the 2021 tournament held in the UAE as the Kangaroos went on to lift the cup defeating their old foes New Zealand in the final. Aaron Finch has the highest individual score in T20s.

A staggering 172 runs in just 76 balls with a cumulative 26 fours and sixes is a record that might stand for decades. He achieved this in 2018 against Zimbabwe at the Harare International Sports Complex.

As a captain of Australia since 2014, he has led the Australian team in 66 matches winning 36 of them and losing 27 so far. Considered by experts as a demolishing opener, he has a strike rate of 145.44, scoring a total of 2,877 runs till now.

Kane Williamson is a New Zealand top-order batsman with an astounding cool mind and a keen passion to lead his side. It is due to his calm demeanor on the field that he has been captaining the Black Caps since 2012.

Williamson has led the Kiwis as a captain in 59 T20Is winning 30 of them and losing 27. His record so far has been pretty consistent in T20Is scoring 2,096 runs with a decent average of 32.

The Kiwi skipper was most recently applauded as the captain of last year’s New Zealand team that went down fighting against the Aussies in the World Cup T20 2021.

Only a few might have expected that even a captain from Ireland could feature in the list of best T20 captains. However, William Porterfield is considered a legend of the game in his home country. Although he retired from International cricket in 2018, still his T20I stats both as a captain and as a player still stands at top of the list.

T20 is the most riveting format of cricket the world has seen yet and easily captures maximum eyeballs worldwide. When it comes to captaining their format, at the end of the day, only stats and numbers do not decide which captain and his team will win. It also depends on understanding the current match circumstances along with appropriate planning and execution. 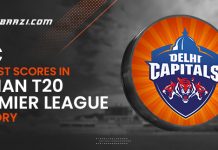 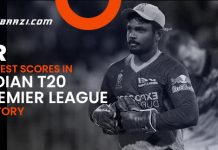 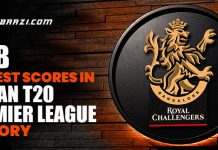