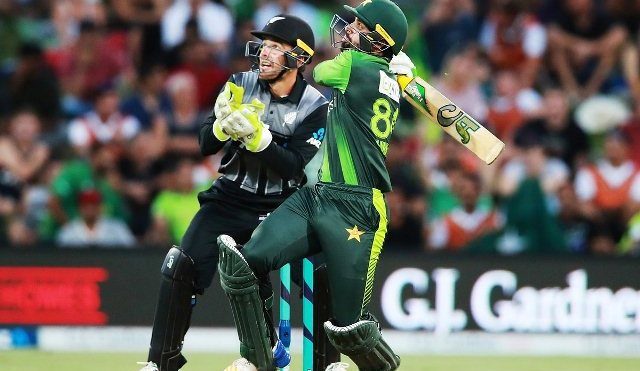 A Juggernaut of a team in the form of Pakistan is advancing with a total of 10 consecutive T20 series win now. It is a unique record as this is for the most uncertain for of the game. However, the main question is, if New Zealand can stop the eleventh after coming out f hibernation. On paper, New Zealand is a strong side with a nice balance of experience and talent, but Pakistan is in the form of the lifetime and is unstoppable right now. New Zealand has not played a single international match in the last seven months which is hard to believe seeing the packed international schedule. So, it will be interesting to see if they have mastered something which might become their secret weapon in obliterating Pakistan. Let’s check out the probable playing 11 for this game.

This is a nice T20 pitch to play on. It has not shown any changes in between the game in previous matches, which will continue in this series as well.

The team has moved to rank 1 in T20s international ranking all thanks to their brilliant performance in the last year or so. The team would be happy with their performance. With Babar Azam also moving to the top rank, the batting has the validity of other teams as well. They are giving some all-round performance which will help them to boost their confidence in ODIs as well. They would not want to make a lot of changes in the side which is winning them the matches. There is some concern with the experienced players as none of them are in the best form, but it is a matter of time. Once they get back in form the middle order will be sorted making them one of the contenders for the World Cup.

After a long time to relax the team didn’t start with the best news as Guptill injured himself ruling himself out of the series. This will impact the morale as they will be facing Pakistan who has been pretty dominant in past few series in UAE. They have the firepower in Munro, Williamson, Anderson and Colin de Grandhomme in batting. Southee and Ish Sodhi leading the bowling it will be a nice mix of pace and variety of spin. Ajaz Patel might get his cap for this game giving some strength to the spin attack of the
team. Everyone will have to do justice to their role if the team wants to win.