Cricket bonanza is up on the cards for millions of cricket fans around the world as we buckle up for the upcoming ICC T20 World Cup 2022. This is the 8th edition of cricket’s most exciting formats and with a chance to earn the world championship crown, teams are expected to give it everything they have got.

In this article, we will be featuring the names of top impactful players who can contribute the most to their team. This year in the ICC World T20 2022, we are about to witness a mix of talented and veteran players feature in the tournament.

Being hosted in Australia, the ICC World T20 2022 is slated to happen in the latter half of October and the first half of November.

In the Super 12 stage, each group will have six teams and the top two finishes from both groups enter the semifinals and eventual finals which will be played at the Melbourne Cricket Ground on 13th November 2022.

Australia is the defending champion, having won the finals against New Zealand in the last edition in 2021, just a year ago.

Let us now check out the top 10 players who will feature for their respective teams in the ICC T20 World Cup 2022.

Tim David is a Singapore-born Australian cricketer. Being a newcomer to the team not many of you may know about this young powerhouse. He is a lower-order batsman considered for his long-hitting abilities.

This young talented player has already featured in various T20 leagues around the world such as the Australian Big Bash League, Pakistan Super League, and the IPL. So far his international career has been small but the player has an interesting average of 42.13. It remains to be seen how this young rookie can demonstrate his talent against the best bowling attacks in front of his home crowd.

Alex Hales is an English opening batsman known for his big-hitting abilities. Down from an injury he recently made a comeback to the national team against the ongoing Pakistan series.

The right-hand batsman will have big shoes to fill as he will be replacing the shoes of Jonny Bairstow in this year’s T20 World Cup.

Now that he has been in the international T20 side for the three lions since 2011, Hales is an experienced player on the team.  He made a strong statement scoring more than 50 runs in his first match after a long time absence. It remains to be seen how Hales can tame opponent bowling attacks.

Currently India’s best all-rounder in white ball cricket, Hardik Pandya is not a new name to Indian cricket fans. This lower-order right-hand batsman is known for his power-hitting abilities and for finishing matches on his own. Talking about his recent form in the Asia Cup  though that concluded just a month back, he may not be in his prime form.

However, we have always known Pandya to make meaningful contributions to the Indian team in the need of the hour. This is the time for Hardik to come back to his full potential and help Rohit and Co, end a 15-year drought to being crowned as World Champions in T20 format once again.

Featuring Sri Lanka, this talented young cricketer can provide extremely valuable contributions to his team both with the bat and the bowl. Hasaranga is also in red hot form as we saw him chip in important contributions for Sri Lanka in both innings of the recently concluded Asia Cup.

No doubt that he is currently one of the best all-rounders featured in this edition of World T20, having recently won the Man Of the Tournament Award in the Asia Cup. Hasaranga’s role can be pivotal for the Lankans.

If you are a Bangladeshi cricket fan, then this all-rounder does not need much mentioning. He is no doubt one of the legends of the Bangladesh cricket team. Shakib is another one of those top all-rounders who will be featured in this year’s World Cup tournament.

Although in the recently concluded Asia Cup, his form has been in some doubt, Shakib as we all know is a big tournament player. With important contributions while batting and bowling, will this veteran be able to help the Bangladeshi Tigers emerge as dark horse winners? Well, we have to wait and watch.

A lot of Pakistan’s hopes will be relying on Mohammaed Rizwan this year. The Pakistan wicketkeeper-batsman is hitting his purple patch just at the right time.  Pakistan fans will be hoping that Rizwan along with his batting partner and captain Babar Azam, will be able to provide a strong foundation whether batting first or chasing.

Not just a solid start, we know that the pair of Rizwan and Babar can finish matches on their own. In the Asia Cup held in UAE last month, he finished as the tournament’s lead run-getter smashing 281 runs in 6 matches with an average of over 56!

Aiden Markram who is an opening batsman for South Africa will be one of the top players to watch out for. Although he plays as an opener, Markram is known to contribute majorly with the bat and sometimes with the bowl.

Besides his smashing abilities, Aiden is also an attacking fielder known for saving lots of runs for his side. He has a strong batting average of 42.47 scoring 722 T20I runs in just 23 matches.

Being considered by many as one of the most talented batsmen to feature in this year’s mega tournament, Finn  Allen is an opening batsman for New Zealand. And so far, this young cricketer has been in a demolishing mode. In the recently concluded New Zealand versus Scotland T20 tournament, Allen smashed a hundred in the first match of the series.

Well, if you are surprised by this, even last year he had hit a scintillating knock of 71 in just 29 balls against Bangladesh. It won’t be wrong to assume that the Kiwis can expect some good hitting in the powerplay overs in the upcoming World Cup along with his fellow opener Martin Guptill.

Representing the West Indies, Odean Smith is a massive hitter of the cricket ball and also takes wickets as an opening bowler. This talented player can indeed pack a punch on opponents, both while batting and bowling. West Indian fans can expect him to contribute throughout the game, both in the first and second innings.

Representing in Afghan colors, Rahman Ullah Gurbaz opens the batting lineup for his team along with Hazratullah Zazai. Afghan fans can bet on him to provide big starts especially considering his recent form in Asia Cup 2022 where he made important scores for his team.

While these are our top ticls, there are other great players out there from different teams who intend to make their mark in the ICC T20 World Cup 2022. The tournament is going to be extremely exciting and the names mentioned above are the definite ones going to be in the spotlight.

Stay tuned to BalleBaazi for live scores, latest updates, match reviews and more. In case you like to stroll the fantasy field, hit us up on the BalleBaazi app. Find your perfect fantasy match and rake up those earnings this season! 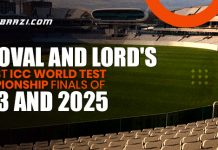 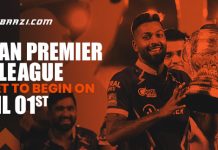 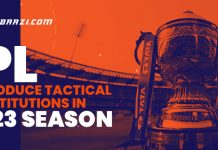