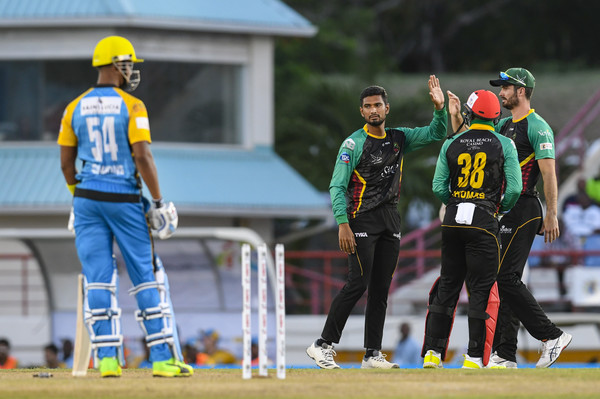 St Kitts and Nevis Patriots take on St Lucia Stars in the next game of CPL 2018. St Lucia Stars have not had a successful CPL journey; they are at the bottom of the points table with 4 points. St Kitts and Nevis Patriots, placed fourth in the table, have a better winning rate and the advantage of their home ground. Play fantasy league for SKN vs STAR on fantasy cricket sites in India with Ballebaazi’s predictions and tips below.

St Kitts and Nevis Patriots have played hum and haw in this CPL season. While they won two games back-to-back against St Lucia Stars and Barbados Tridents, they lost their last match against Guyana. Chris Gayle, Anton Devcich and Devon Thomas are the biggies in the batting lineup. The SKN squad replaced Sandeep Lamichhane with Hayden Walsh and he is likely to retain his place in the playing XI. Carlos Brathwaite, Ben Cutting and Sheldon Cotrell are in a good form with the ball and will pose threats to the STAR batsmen.

Things are not looking bright for the Lucia Stars as they have won only two games out of the eight matches played. Even a win in the remaining games cannot guarantee a place in the playoffs. The STAR squad went in with an extra batsman against Jamaica Tallawahs. Mark Chapman came in place of Odean Smith and opened the innings with Andre Fletcher but had a below par game. Kieron Pollard, David Warner and Lendl Simmons have been good with the bat this season. The bowling performance will depend on Kesrick Williams, Qais Ahmad and Obed McCoy.