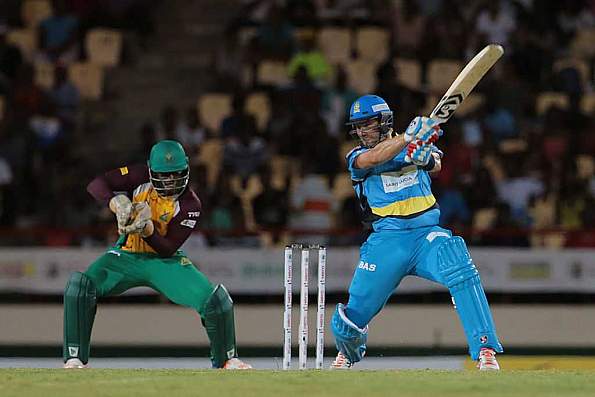 St Lucia Stars will cross swords with Trinbago Knight Riders for the second time this CPL season in tomorrow’s match. While the hosts will look forward to seek revenge for their loss in the tournament opener, the visitors will be keen on winning points on the table. Both the teams have not given their best shots and hence will hope to win tomorrow’s game. Read on to find the STAR vs TKR match cricket fantasy predictions to play online fantasy cricket manager.

St Lucia Stars, currently at the bottom of the points table, have star names in their squad but have not been able to give successful performances so far. Lendl Simmons, Andre Fletcher and Darren Sammy will be the key batsmen for St Lucia Stars. David Warner has failed to perform as an opening batsman and needs to get cracking. Obed Mc Coy impressed with his debut performance in the last game against Guyana; hence, he will keep his place. The bowling unit is further strengthened by Kesrick Williams and Qais Ahmad.

The defending champions are in a fearsome position in this year’s points table with just one victory of the three games played. Despite their huge defeat in the last match against SKN, Colin Munro, Darren Bravo and Kevon Cooper played a laudable game with the bat. Further, Denesh Ramdin and Chris Lynn will also add to the potency of the batting lineup. It is the bowling unit of TKR that needs to revive. Barring Ali Khan and Sunil Narine, other bowlers are expensive.