﻿﻿ Top 10 Moments from the Decade that Changed Cricket Forever
Menu 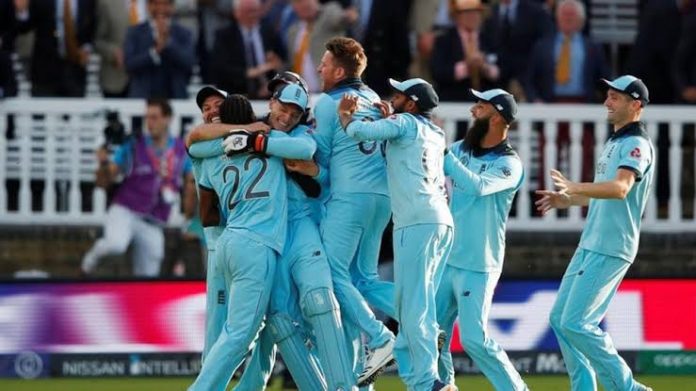 Cricket is a game of numbers and statistics. Each year, the era of the cricketing fraternity belongs to a few game-changing individuals who come up with extremely unbelievable statistical records. The decade of 2010-19 was filled with moments that changed world cricket forever and will be remembered for a long time. While fantasy cricket changed the way cricket was viewed as an entertainment source, here are the moments that changed the way cricket was viewed as a game. 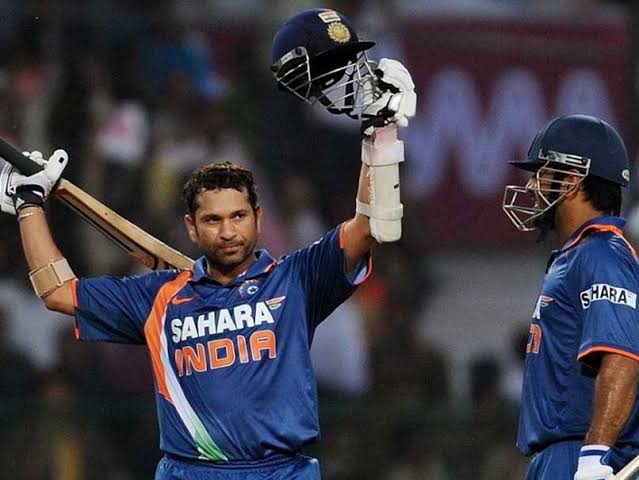 “First man on the planet to score a double hundred in One Day Internationals and it’s the Superman from India.” These immortal words from Ravi Shastri are imprinted on the minds of every Indian cricket fan because this was the moment when Sachin Tendulkar took on South Africa and scored the 1st double hundred (not out) in only 147 deliveries in Gwalior. What followed after this innings was a streak of double centuries in ODI Cricket. 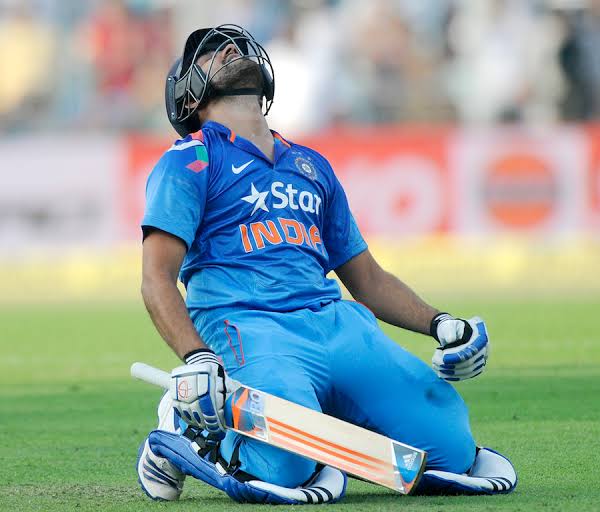 The 200 man Ro-Hitman Sharma made this decade his own after he smashed three double hundreds against Australia and Sri Lanka. Who would have thought scoring a double century in ODI cricket would ever be possible but the Indian Vice Captain has proved it not once, not twice but thrice. It’s because of this streak that whenever he scores a 100+, everybody around the world expects another double century. He continues to be one of the best batsmen India has ever produced and has had a dream 2019 as well. With 10.5 credits on BalleBaazi fantasy cricket, Rohit Sharma is a sure shot Captain/Vice Captain choice almost always.

3. Virat Kohli: Hits Malinga for 24 runs in an over 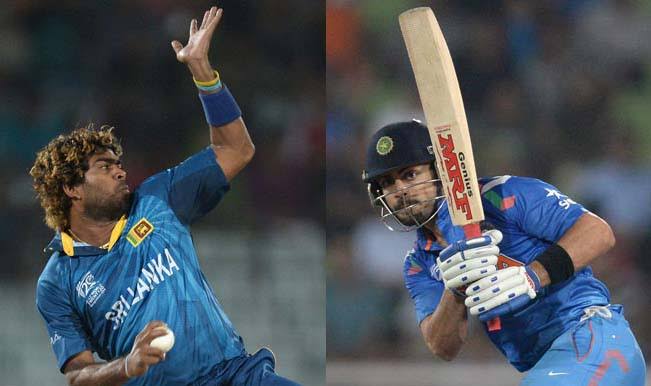 Well, let’s just say that the past 10 years belonged solely to this man: Virat Kohli. That one over against Sri Lanka where Malinga was sent to the boundary line 5 times was the moment Kohli announced his arrival into World Cricket at Hobart. India were chasing 321 and Virat’s hundred made the chase look like bread and butter. It was after this match that chasing, no matter how big the target was, became Virat Kohli’s comfort zone and he became the chase master later on. 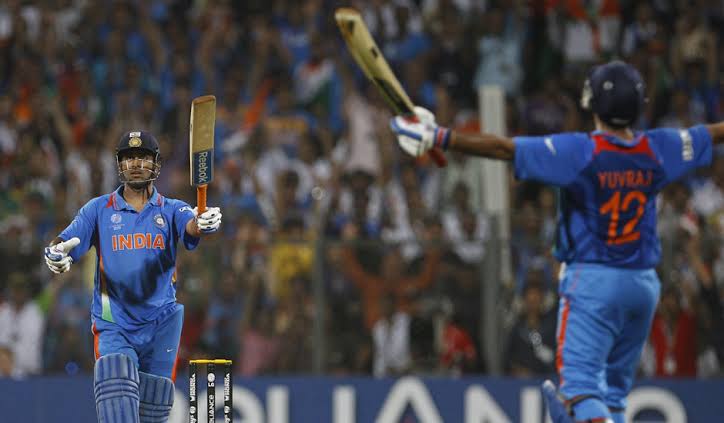 “Dhoni… Finishes off in style!” Words that will be etched again in every Indian’s memory till their last breath. Voiced on commentary again by the now Head Coach of India, Ravi Shastri, that world cup winning six by MS Dhoni will remain a highlight of the decade considering the emotions attached to the occasion because not only had India won the World Cup after 28 years, it was Sachin Tendulkar’s last world cup and had India not won it, it would have been a huge disappointment for every Cricket fan. Yuvraj Singh, our one and only Baazigar was adjudged the man of the series for his outstanding all-round contribution in winning the trophy. 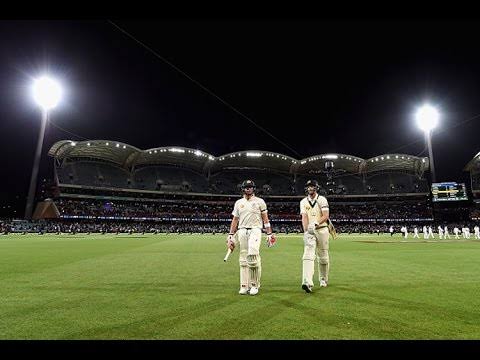 Test Cricket was feared to be diminishing with the action-packed T20 action happening around the world especially with IPL giving it a whole new look. A game-changing decision was taken by both the New Zealand Cricket Association and Cricket Australia to make the first ever Day Night Test Match happen at the Adelaide Oval, Adelaide in the year 2015. A good amount of people came out to witness test cricket and the plan worked. Four years down the line, the newly appointed BCCI President and ex-Captain of the Indian Cricket Team, Sourav Ganguly announced the first Day Night test match in India between India and Bangladesh. Over 50,000 people attended the match and this occasion was no less than a festival in the way it was celebrated.

6. The Ashes of Smith & Stokes 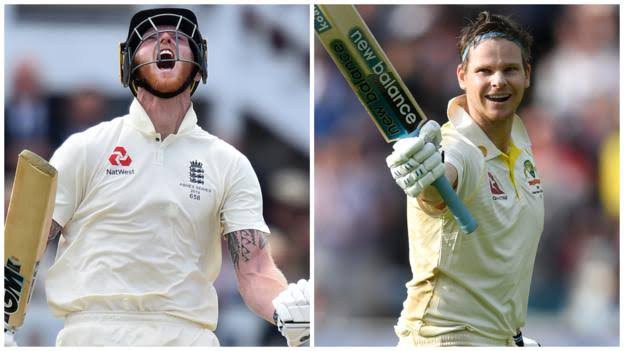 Steve Smith, who went through a lot in this decade after the Sandpaper incident in which David Warner and Bancroft were involved as well; marked his epic comeback in the Ashes of 2019 after he successfully guarded the Urn from England and continued his love affair with Test Cricket. Centuries and double centuries came in bundles as he stood between England and the precious Urn. Ben Stokes, for England who was already having a fantastic 2019 stood up at Headingley and secured the most unbelievable test victory in the history of English Cricket after he and Jack Leach added up 76 runs for the 10th wicket and made the impossible possible. 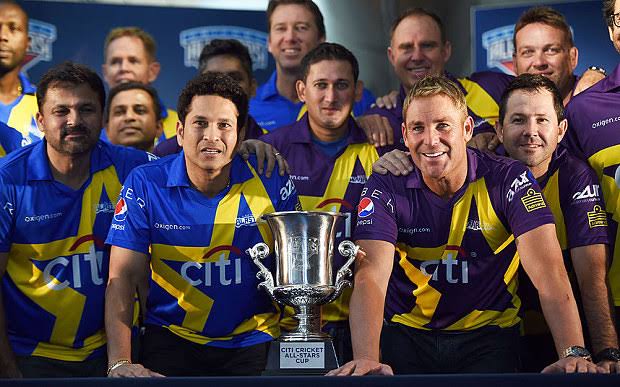 Who would have thought that you’d be able to see Sachin v/s Warne in the 2010s? The All Stars tournament made it possible with the likes of Shoaib Akhtar, Sachin, Viru, Muralidharan, Lara playing for one team to go against Shane Warne’s team that had Wasim Akram, Matthew Hayden, Jacques Kallis & Jonty Rhodes. The series was a T20 format exhibition tournament and was won by Warne’s warriors with Kumar Sangakkara as the most valuable player. 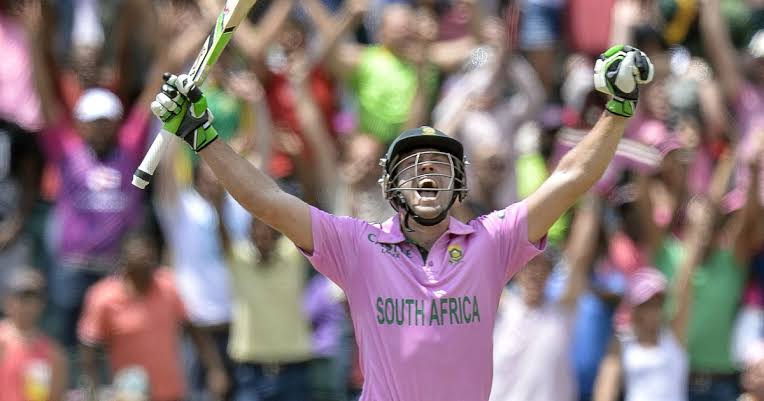 When Hashim Amla was already going great guns against the West Indies and had scored a century. In came AB de Villiers who had absolutely very different plans and approach in the 38th It was not EA Cricket but some serious 360 degree hitting by the South African who took on the Carribean boys and hit them in almost every direction possible. AB scored 100 off a record 31 deliveries and everybody in the crowd was absolutely flabbergasted. No one knew what hit ‘em and it was AB who prevailed. 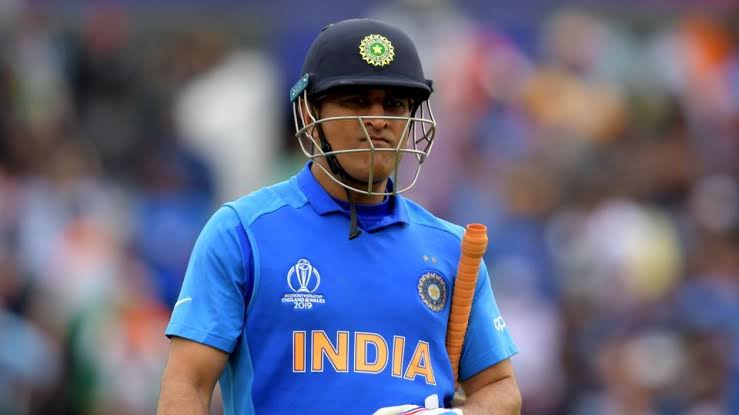 Captain Kohli was asked in an interview recently about how did the year 2019 go for him? He replied, “Everything was fantastic apart from the last 30 minutes in the world Cup.” The whole incident can be summarized in this sentence when India’s only hope MS Dhoni got run-out in the World Cup semi final by Martin Guptill’s direct hit. Dhoni had hit a six only on the previous ball to make the tally go down to 25 from 9 deliveries. With his caliber and experience, achieving this target was no big deal only if he had stayed at the crease. That frame of a disgusted MSD coming back to the pavilion will always be remembered as the most heartbreaking moment of the decade. 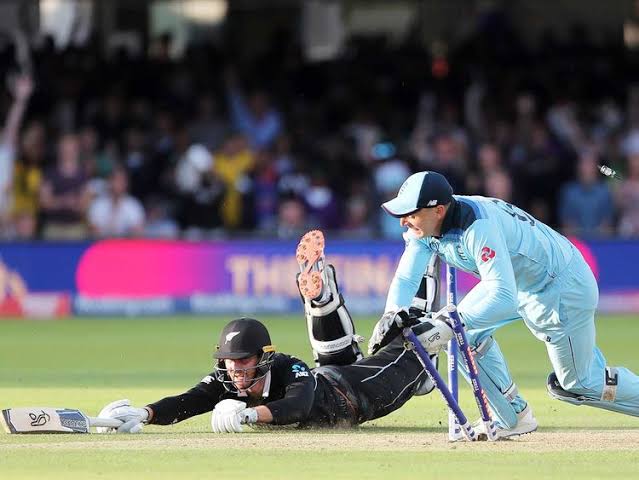 Karma, as they say is a …. (well, you know!) Martin Guptill’s runout on the last ball of the super over and an exhilarating English squad going gaga over their first ever 50 over World Cup trophy is a memory that can’t be expressed into words. Everything from this match, be it Stokes’ innings, those 6 runs off the overthrow or even the super over drama, were mere miracles. If you haven’t watched the match or witnessed it live, it is impossible in the cricketing world to believe that such a World Cup final could ever happen. England was adjudged winners on the basis of the number of boundaries scored in the game. Simply unbelievable (read controversial) stuff!

With the year 2019 ending and an all-new and exciting 2020 coming up, BalleBaazi: one of the best fantasy sports app to earn real money online is coming up with unbelievable bonuses and offers only for you. Start depositing at a 100% bonus with code START100 and begin your fantasy sports journey to earn real cash. Let’s create more memories in the coming years of the game and play fantasy cricket like never before.