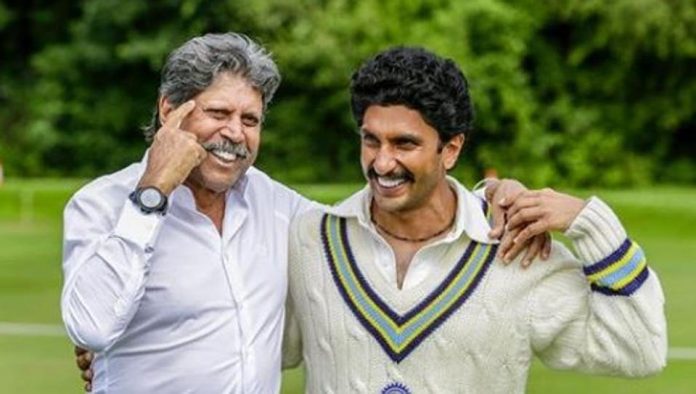 There are several moments in the history of Indian Cricket that mark a change in the way the game was seen in our country. While fantasy cricket has changed the way fans view the game, some cricket players make cricket a religion. One of such special and remarkable moments is the victory of the Indian Cricket Team at the 1983 World Cup under the leadership of a man who believed when no one believed in the idea of winning the world championship title. Yes, we are talking about our beloved Haryana Hurricane Mr. Kapil Dev Ramlal Nikhanj!

On his birthday, BalleBaazi looks back at the influence Sir Kapil Dev made on Indian Cricket and how some of his memories would be cherished forever.

Here are our Top 5 Kapil Dev moments that grabbed eyeballs more than ever: 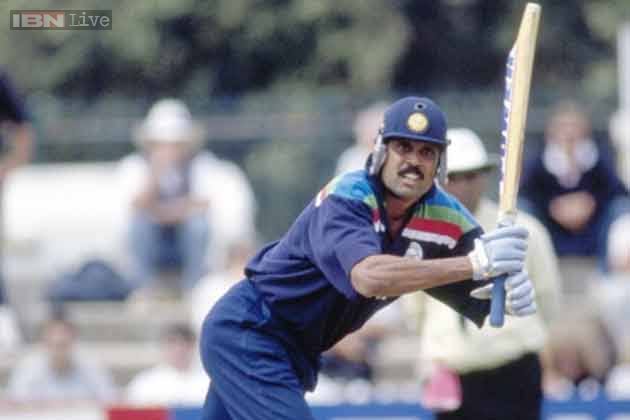 Lets start from the birthday boy’s favorite memory of the 1992 World Cup. He quotes: “We might have not won the cup or perhaps, the tournament wasn’t the best for us but beating the team that would eventually become Champions still gives me a great feeling.” In this match, India scored a total of 216 runs with Sachin’s 54 and a struggling Ajay Jadeja’s 46. Kapil Dev came in the death and scored a quickfire 35 off 26 balls to take India to a respectable total. In return, Pakistan could only manage 173 losing all their wickets where Kapil Dev got 2 crucial wickets and Sachin took Aamir Sohail’s much-needed wicket.

Pakistan got defeated yet again in a World Cup outing and this was the same match where the Miandad-Kirmani incident happened. 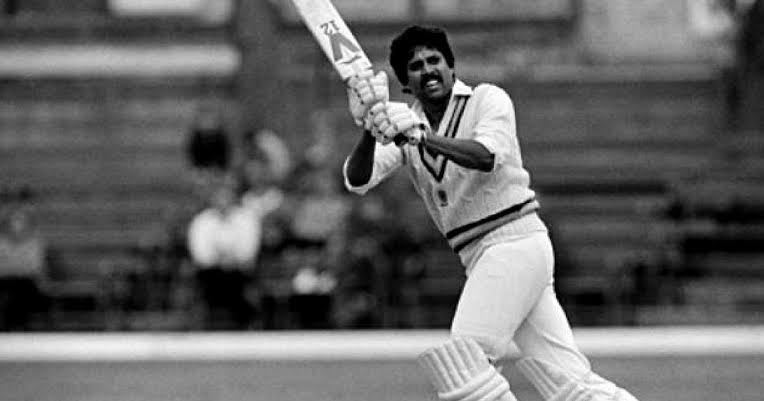 The day that World Cricket and the media regrets to the day when BBC was on strike and one of the most iconic matches in the history of Indian Cricket never got aired on television. It was a knockout game between India and Zimbabwe at the 1983 World Cup where if India would have lost, they would’ve been out of the competition. After losing Gavaskar, Srikanth, Amarnath, Patil & Yashpal Sharma to single digits, India was struggling at 17/5. In came Kapil Paaji, who started off a little slow to reach his first 50 in the 26th After that, he took the Zimbabwean bowlers to all parts of the ground with 6 sixes and 16 fours. The Nataraj shot was out and was spoiling the Zimbabweans’ party. Kapil Dev empowered India to a total of 266/8 after spending 181 minutes on the pitch and remaining not out. Zimbabwe in return fell 31 runs short of the target which included one stunning one-handed catch by Kapil Dev himself to dismiss Duncan Fletcher.

This innings not only helped India survive in the series but gave the team a belief of winning the trophy with their Captain leading from the front. 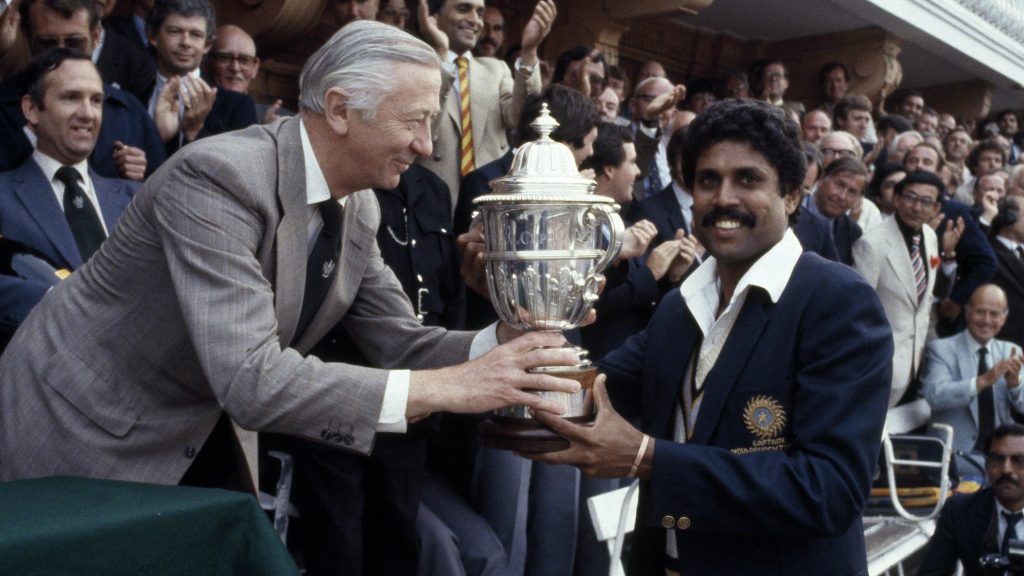 “And it’s done! Amarnath has got his man, India have won the World Cup.” This moment was only possible because one man believed in that Indian squad of the 1983 World Cup. In numerous interviews with that team of the golden era, every single legend would say the same thing: “It was Kapil because of whom that bunch 15 players knew that we could win the World Cup.” The quality of a leader and leadership lessons can be very well learnt from this episode of Kapil Dev’s 1983 heroics. India fulfilled their dream riding on Kapil Dev’s shoulders. He took a stunning running catch to dismiss the Windies ace batsman Sir Vivian Richards that put the game into India’s favour, he played that immortal 175* knock to keep India alive in the World Cup and he led the underdog team to win the most coveted title in Cricket ever. Just a thought, what do you think would have been Kapil Dev’s credits in Fantasy Cricket on BalleBaazi? 10.5 or 11 we think! 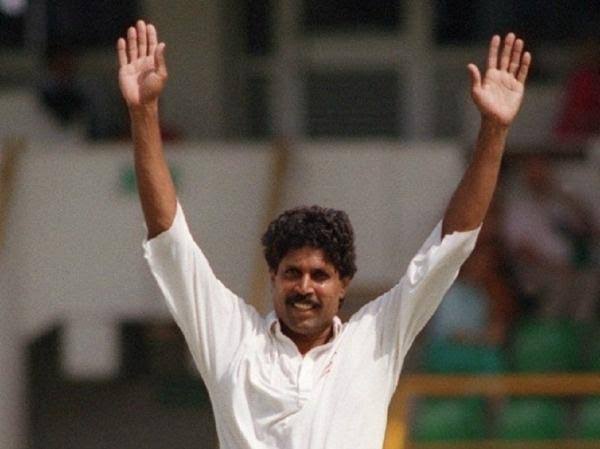 In the summer of 1992 at Perth, Kapil Dev became only the second cricketer in the world after Richard Hadlee to pick 400 test wickets when he dismissed Taylor on a quick in-swinger that got him plumbed in front of leg stump. This moment is special because only after this, we had the likes of Kumble & Bhajji who would end up taking that many number of wickets. Kapil’s celebration after this wicket was heart-warming as he acknowledged the crowd’s support. Even the Australian crowd stood up to cheer the Champion cricketer. 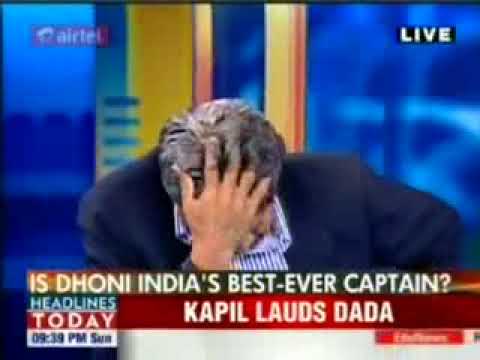 Now, this moment is a personal favorite and it’s not one of the on-field moments. This comes out to be a rare gem as this happened on live television on an Indian English news channel when a news reporter was interviewing Kapil Paaji followed by India’s victory in the 2011 World Cup. While praising MS Dhoni’s efforts, Kapil Dev could not hold his tears and he broke down on television. “It is perfectly fine Sir. You have taken the burden for being the only Indian Captain to win the World Cup for the past 28 years”, said the journalist and an entire nation understood what it meant for the great man to take a look-back at his own journey and how he missed those moments of victory. We salute you, Sir!

While Kapil Paaji celebrates his 61st birthday, we at BalleBaazi are about to celebrate our 2nd anniversary with our very own Yuvi Paaji. You too can join us and participate in the upcoming leagues and guarantees running on BalleBaazi fantasy sports, one of the best fantasy sports app & win real cash online. Join India vs Sri Lanka and enjoy the January Jungle Safari as our Champions take on the Lions, the Kangaroos and the Kiwis.

In the upcoming 1983: The Movie we’ll be able to see actor Ranveer Singh as Kapil Dev himself and hopefully, that legendary knock of 175*.