The potential of conquering anything in the world gives you self-confidence, the freedom to believe that you can achieve anything and everything possible. Right from the start of our childhood, our parents teach us the meaning of bravery and independency, to be successful and prove to your rivals that hard-work and effort wins the prize! And this is what Mrinalini wanted for herself and for her family. She was trying out every possible reason to have a better shot at life by perfecting herself at cricket, the only ever thing she cared for.

She believed BalleBaazi would help her out in making her passionate dream a beautiful reality. Nothing wrong with that right? Mrinalini had just won a certain amount of money in one of her first few attempts on the app and she couldn’t contain her excitement. She wanted to tell her parents about it but she knew they wouldn’t understand the concept of throwing away money online. Digital media can sometimes be a bit confusing for a generation that’s not ours so she had to come up with a strategy to convince her
parents into believing she’d thought it out well and that it wasn’t just an impulse decision of a teenager.

It was late in the evening and Mrinalini was waiting for her parents to come back home from work. Her mother and father had just barely entered the house when Mrinalini dragged both of them into the sitting area where Mrinalini had set up what looked like a PowerPoint presentation on her laptop. All she needed was her parents’ undivided attention; plus just a tad bit of understanding.

Firstly, she began with the statistics of people currently taking up cricket as a profession in India and how well it succeeds, continuing with what exactly fantasy cricket was and how it’s the communication between the real and virtual scenario. How each innings is a chance, and each right pick gives us the money. Mrinalini was fearless! She kept on blurting out facts and figures and statements that kept her parents intrigued till the very end. Towards the end, she talked about why fantasy cricket should be played by any cricket fan. Some of the reasons being – you get to pick your own team with your most favorite players, you get to learn a lot about the sport, there are huge prizes involved, you get a chance to prove yourself and identify what you’re really good at.

As soon as Mrinalini stopped speaking, her mother got up and hugged her so hard; both of them had tears in their eyes. She was so proud of Mrinalini and the amount of time and effort she’d invested in everything showed how much she really cared. And that was all she ever wanted. She wished for her parents to believe in her and they did, with pride! BalleBaazi gave her the courage to live her dream!
We win or Fail; Cricket Cravers never stop loving the game. Despite which team wins the match; no matter which country we belong to, we keep falling in love with this beautiful sport!

We believe it’s going to stay that way for a really long time.
Now, aren’t you ready to start winning? Download BalleBaazi now! 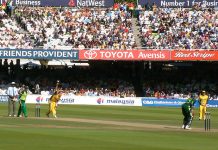 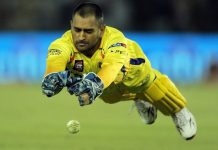 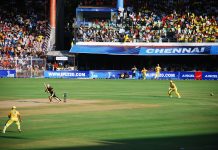