Yes, we are fanboying real hard on Yuvi. It would have been better if we could see him in action for one last time and chant ‘Thank You, Yuvi!’ in unison, but alas. A few days ago, one of India’s finest players, Yuvraj Singh announced his retirement from all forms of cricket and just like that, we already started missing him on the field. When we hear the name, our brain immediately starts thinking about those six 6s and an ecstatic Ravi Shastri’s words, “..aaaaand he is put it away!” start echoing. But there’s more to Yuvi than just that.

The man who was bigger than big – Yuvraj Singh

All eyes used to be on Yuvraj Singh whenever India was playing a big match. The man was always bigger than such big occasions and showed exactly why, by guiding India to their second Cricket World Cup victory. The six 6s were also in a World Cup (T20). In the first-ever T20 World Cup, Yuvraj Singh also set another record of scoring the fastest fifty in a T20I match. He could be relied upon to deliver when the team was under pressure and wanted someone to make them believe that they can. He also chipped in with his bowling skills whenever his captain wanted him to. His 2 crucial wickets of a well-set Brad Haddin and Aussie captain Michael Clarke, and a gritty 57 off 65 to chase down the score in the quarter-final of World Cup 2011, put India in the semi-final match against Pakistan.

India and Pakistan are meeting again.

Who will be next? 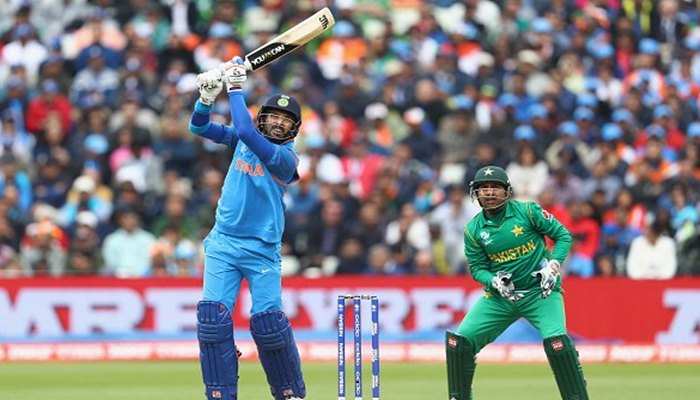 India vs Pakistan is always a big occasion for fans and players, alike. Emotions run high and it becomes a must-win for both teams. The Indian batting line-up is star-studded one and would want someone to pull-off a Yuvi, in his honour. Will it be Pant, who is being called to join India’s World Cup 2019 campaign or will Pandya pay a power tribute to the all-rounder?

Think you have an answer? Predict who will be the champion batsman in the Ind v Pak match and WIN real cash, smartphones, and tickets to mega-leagues worth ₹50 Crores. Make your team and get winning on India’s beast fantasy cricket experience platform, BalleBaazi.