Right after the controversial end to the ICC Men’s Cricket World Cup 2019, we already have another storm brewing. In shocking news, ICC has suspended the Zimbabwean Cricket team with immediate effects. The council has stopped funding the cricket team and disallowed any representative teams from the country to participate in ICC’s events during the suspension period.

The suspension comes ahead of Zimbabwe’s qualifier for two marquee ICC events – Men’s and Women’s T20 World Cups. The unanimous decision was announced following board and full council meeting in London as Zimbabwe Cricket was found in breach of Article 2.4 (c) and (d) in ICC’s constitution. As stated in the article, the Members of the ICC Cricket Council are obligated to provide a process for the democratic elections and ensure that no government interference is involved in the administration and/or governance of cricket in the country.

The ICC Chairman said that it was the high time since the breach was continued to be unchecked and even though the decision is not to be taken lightly, the sport must be kept free from any political interference whatsoever. ICC’s major concern behind ceasing the funding is that they were worried that the money might not be utilized for the reason it is supposed to be i.e., the development of the game in the country and the players.

For the first time in history, a full member has been suspended. Prior to this, Sri Lanka has gotten away with a warning in the year 2015. The Zambia Cricket Union and Croatian Cricket Federation have suffered the same fate in the past, while Associate Members like Nepal still being under suspension. However, Nepal’s respite is that they can continue to participate in ICC’s events and USA’s too.

The ZC board will be reinstated within three months and the future will be decided in the next board meeting in the month of October. To stay updated with the developments in this matter, follow India’s no.1 sports fantasy platform, BalleBaazi, on social media. 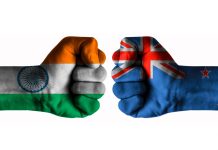 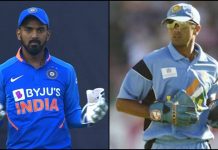