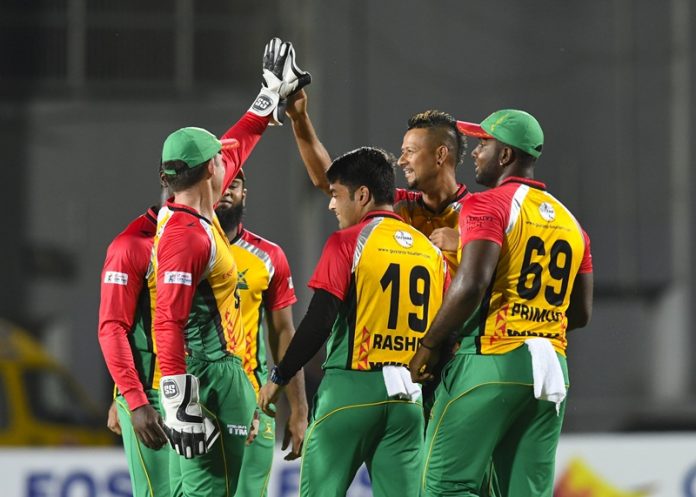 Jamaica Tallawahs (JAM) will battle against Guyana Amazon Warriors (GAW) in the 11 th match of CPL 2018 tomorrow. The table toppers, Jamaica Tallawahs are high on confidence having won all three matches they played. Guyana Amazon Warriors, on the other hand, lost the winning streak in their last
match and hence will buckle down for their next challenge. Read on to find JAM vs GUY fantasy cricket league predictions and tips for daily fantasy cricket game.

Andre Russell, the new skipper of Jamaica Tallawahs could not have asked for a better start CPL tournament this year. The team is returning from a massive victory against St Kitts and Nevis Patriots in the last match. Steven Jacobs joined the playing XI while Johnson Charles was rested. Kennar Lewis opened the innings with Glenn Philips and the new duo hit the ball out of the park. Ross Taylor hit an unbeaten 51 off 35 and is looking in a terrific form. JAM’s bowling unit is also looking stronger than ever; Krishmar Santokie, Imad Wasim and Adam Zampa are the key bowlers for Jamaica Tallawahs.

Guyana Amazon Warriors’, despite losing their last match by a huge margin, are still in a good form. Opening batsmen – Chadwick Walton and Luke Ronchi faltered in the previous game but are dangerous players. Sherfane Rutherford did a good job with the bat along with Shoaib Malik and Shimron Hetmyer. The bowling unit of GAW has its own peaks and valleys; Imran Tahir is their leading wicket taker. Rayad Emrit, Chris Green and Keemo Paul are also in good form but Sohail Tanvir has not looked his best till now. Regardless of their last defeat, the GAW squad is likely to go with the same playing XI.