While Mumbai Indians are on the verge of getting exited first from IPL 2018, the Kings XI Punjab are seated comfortably at the third spot in the points table. Mumbai will hope against hope to smash Punjab and keep them alive in the tournament. Punjab, on the other hand, will play to climb a spot up. Find below Probable Final Playing 11 for KXIP vs MI.

The Mumbai Indians will play against the Kings XI Punjab at Holkar Stadium in Indore.

(The above stats only include the IPL matches played at the Holkar Stadium)
The pitch at Holkar stadium usually favors the batsmen even with bounce and short boundaries. The team winning the toss might opt to bowl first considering the history of IPL matches here.

Despite owning a strong batting lineup, Kings XI Punjab failed to chase a score as low as 132 against Hyderabad. KL Rahul and Chris Gayle should regain their momentum and set the pace. The same goes for middle order batsmen as they fell prey to SRH bowlers in the last match. Aaron Finch’s poor form continues and David Miller might fill in for him. Manoj Tiwary who came in place of Yuvaraj Singh failed to perform, but the skipper would give him another chance. Bowling unit of KXIP is in great hands; Ankit Rajpoot and Mujeeb ur Rahman are emerging as the star bowlers for KXIP.

The major reasons for Mumbai Indians’ six defeats are the poor opening partnership and substandard bowling in the powerplay. Although Suryakumar Yadav has been consistent with the bat, he lacks support from the other end. Evin Lewis has blown hot and cold and should buckle down. Rohit Sharma has been juggling the batting order in the need for a victory, but that hasn’t helped Mumbai. The bowling unit of Mumbai Indians looks acceptable. Aditya Tare might come in place of Ishan Kishan while Kieron Pollard will be rested. 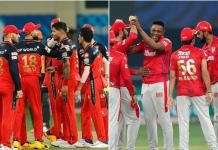 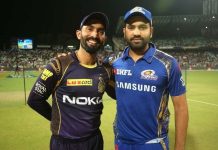 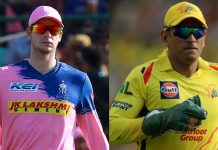