The Tournament began on a high for the Delhi Capitals when Mumbai Indians followed their trend of losing the first match of IPL at Wankhede this season. Delhi outplayed the home team with some good one-handed hitting by Rishabh Pant from one end backed up by some extraordinary bowling by Kagiso Rabada. This time with MI vs DC happening at Ferozshah Kotla, it’ll be interesting to see how both teams coming into winning ways deal with each other.

A close call though, but Delhi Capitals seem to be having the upper hand when we talk about head to head clashes. Mumbai Indians will be looking to make it even stevens this time around. MI are coming from a comprehensive victory but on the other hand, DC have finished 3 away games back to back going victorious. Get ready to witness some neck to neck competition as the 2 biggies clash for the playoffs! 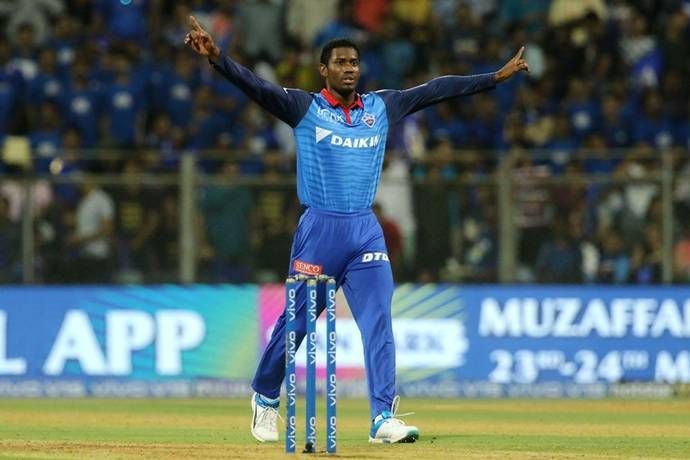 Keemo Paul & Keiron Pollard have already proved their mettle in this season. Tonight the fate of the game would depend a lot on these two. In the last game, Keemo Paul justified his selection with some tight bowling & quick breakthroughs. Pollard on his day, can break free anytime and rattle down any opponent. Not only this, on the field he’s been super ecstatic saving some crucial runs & taking breathtaking catches.

Both teams have had occasional good opening partnerships but Rohit Sharma for MI and Prithvi Shaw for Delhi, both haven’t really come out with their true colors. On the other hand, Quinton De Kock & Shikhar Dhawan have been predominantly scoring for their teams. The team batting first will have a lot of advantage knowing their openers will have a job on their hands to deliver & if De Kock delivers yet again, he can take MI well home in this outing.

Balance in the Squad

While Delhi finally found balance after Colin Munro’s inclusion in the playing 11, Mumbai have some great depth in their batting order with the likes of Pollard & the Pandya brothers who can single-handedly take the game away from any team. Shreyas Iyer will have to break free since he’s the prime batsman to fire for Delhi if they are looking to win this one. Rishabh Pant was instrumental in the previous outing against MI where they won comprehensively, but since then hasn’t really fired up. With his World Cup standby news, he might just be more ecstatic and attacking in the game.

Both teams have a quality bowling line up with the likes of Bumrah-Malinga for Mumbai & Rabada-Paul for Delhi. Rabada now has 17 wickets in 8 matches leading the purple cap race. You might see a low scoring match if these 4 perform on their rapport today. Batsmen from both sides will have to find the weak link in the bowling line-up which would mean there’s a lot dependant on the toss so as to keep in the bowlers’ mindset that which score could be defended on the bouncy track.

With the playoffs coming up & both teams seemingly deserving, let’s hope we see some good entertainment coming up. May the best team win!