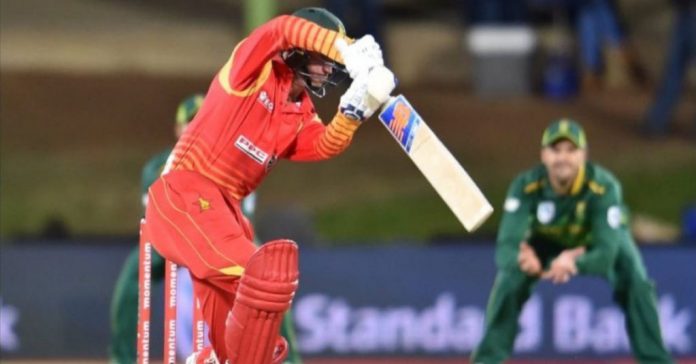 This T20 series will be very crucial for both the teams. On the one hand, where South Africa will want to win the T20s as well, on the other Zimbabwe will want to salvage some good memories on this tour. The ODIs were unexpectedly a disaster for both the teams. South Africa though won the series with a clean sweep, never looked in control. They were struggling against Zimbabwe which is not a good sign just a few months prior to the world cup. Though they were missing a few key players in the side, the batting was very disappointing. Let us take a look at the probable playing 11.

The good news is that Faf du Plessis, David Miller and Quinton de Kock are back in the side which should strengthen their batting and close the middle order conundrum for a while. The benched strength didn’t perform as expected which will be a concern for the team. They cannot rely on the regular playing 11 every time. They need to strengthen the batting bench strength as well. That is the only issue with this current team. The bowling department is at its peak with Styen coming back to the side the pace trio of Rabada, Nigidi and Styen along with the spin of Tahir are unstoppable. They have proved the same in the
recent games as well. It will be interesting to see who makes to the playing 11 for the first T20.

This team has a mountain to climb. A mountain which is getting harder to conquer every passing day due to Politics, lack of facilities and the unwillingness of players to play the game. The intensity of the situation can be measured by the fact that the team has lost almost all their games this year including all six T20s they have played. It is not because of lack of trying. They are showing some zeal to fight and compete with other teams, but somewhere they have lost the confidence and motivation. This can only be brought back by a few wins. This T20 series will be crucial in that quest. The experienced players will have to take charge of the team if they want to get a hold on the game.