After India’s loss to England, many hearts in the subcontinent broke including Sri Lanka who can no longer qualify to the semi-finals. Their match against West Indies today will just be a league match where they would be looking to improve their overall record & a little of their competition standings.

Talking of their head to head battles in the World Cup, it’s West Indies who have dominated 4 out of the 6 times they’ve met. 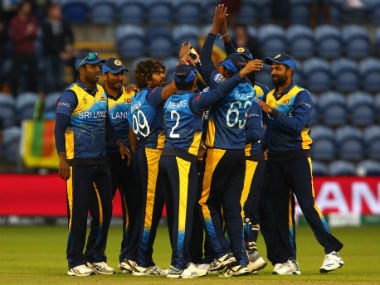 With both teams out of the tournament, it’s gonna be more of a battle of pride than anything else. Sri Lanka will slightly be more vulnerable against the T20 stars of West Indies because of the lack of quality spin bowling. West Indies will look to make merry against them.

Slinga against the Universe Boss If Malinga is the sole rider for Sri Lanka, it’s Chris Gayle on whom a lot depends with this amateur Windies side. The competition between these two will be a mouth-watering one considering the unorthodox approach they give to the game & both being veterans of their respective sides.

It’s Chesterley Street with a dead pitch ready for masala cricket at it’s best. It’s going to be a batting wicket so Avishka Fernando has a brilliant chance to shine and make his presence felt. He’s got just 2 games till now but has done well till now.

We’re going with West Indies today as they would like to completely dominate the Sri Lankan attack.

Like we said, Avishka Fernando’s the man! What a beautiful fairy tale performance by the youngester scoring 104 & taking up his country’s score to 338/6. West Indies on the other hand showed courage courtesy Nicholas Pooran who’s 118 could only take them to as far as 315/7 in 50 overs.