﻿﻿ The 10 Greatest Valencia Players of All Time
Menu

Valencia is one of the most renowned clubs in Spain and Europe, which has seen a lot of fanatical and passionate fans. The club has produced some tremendous players since its inception and believes in introducing young talents to the alluring world of football.

Valencia is the third-most supported football club in Spain, after Real Madrid and Barcelona. It is among the most successful clubs in Spain.  In 1980, they won a Cup Winners’ Cup.  Then, in the 2000s, the team reached its Golden period.  They won two La Liga titles.  In the 2003-2004 season, they won the Double: La Liga and the UEFA Cup.  They also reached the Champions’ league two years in a row: 1999–2000, 2000–01. They won the back-to-back Fairs Cup in 1962 and 1963. Valencia is also considered one of the most prestigious and biggest clubs in terms of several associates.

10 greatest players of all time at Valencia

The Spanish-born midfielder was one of the most influential players in the history of Valencia. In 1999 he came to Valencia club where he acquired most of his success. Ruben soon became the backbone of the team and captained during his last few seasons, winning two leagues in 2001-02 and 2003-04 respectively, a UEFA Super Cup, a European Super Cup, and a Copa del Rey as well.

In addition, his great work at Valencia earned him a cap for Spain, with which he was capped on 43 occasions and played in the 2002 World Cup and 2004 Euro Cup.

Most popularly known as “Merlin”, he is an extraordinary and agile left-footed player who is known for his terrific dribbling skills and outstanding technical ability. His consistency, acumen, composure, ability to read the game, and flawless passes along with his proficient offensive moves made him the heart and soul of the team.

Silva spent six years of his professional career with Valencia CF, appearing in more than 160 games and winning a Copa del Rey in 2008. After 2010 he moved to Manchester City and has since appeared in around 400 matches.

Born in Social, Puchades played his entire career at his hometown club Valencia CF and was a one-club player. He made his debut in the 1946/47 La Liga season, in a 1-2 win over Celta away from home. His career at the club continued for 13 seasons and the attacking midfielder made almost 300 official appearances, including lifting the 1946/47 LaLiga title, Copas in 1949 and 1954, and the 1950 Copa Eva Duarte (Spanish Supercopa) along the way.

He was also capped for Spain on 23 occasions, amongst which was his participation in the 1950 World Cup. Puchades said goodbye to football in 1958 at the age of 33, and after a while cut off all contact with the world of football and started their family business.

Villa was an opportunistic, versatile player. Despite his height and lack of physical strength, his speed and agility, along with his excellent technique and dribbling skills, made him, in addition to scoring goals, create scoring opportunities for his teammates as well.

David has scored more than 100 goals for Valencia before moving to Barcelona and Atlético Madrid. He is also the all-time leading goalscorer in Spanish National team history.

Nicknamed “El Payaso”, Messi once said that Aimar is one of the players who influenced his style of play. To get such a compliment from a player like Messi is a great thing in itself.

Pablo played as an attacking midfielder. After starting his senior career at River Plate in 1996, he amassed La Liga totals of 215 games and 32 goals over eight seasons with Valencia and Real Zaragoza between 2001 and 2008, before spending five years in Portugal with Benfica, winning nine major titles between the three teams.

He was a talented, technical, and creative right-footed player who excelled in game development. His ability to shoot, his good eyesight and his ability to coordinate and manage the offensive line, and his style of play, in general, are compared to Diego Maradona.

Fernando was a terrific playmaker and a skilled goalscorer, and several goals he has scored in La Liga are scintillating for a midfielder (he netted 14 league goals twice).

Fernando spent almost all of his career at Valencia, where he gained a lot of love, respect, and support from the Valencia fans. He made his debut at the age of just 18 and played for 15 long seasons at the club. Gomez won Don Balón’s Best Spanish Player Award for the 1988–89 season, where his performance was truly impeccable.

Suarez, one of the most unforgettable legends of Valencia, spent all of his careers except the first year and the last year for 11 seasons with the team, during which he retired from football for three seasons due to the Civil War.

Edmundo is considered a superstar for Valencia supporters since he holds the sensational record for scoring the highest number of goals for the club.

He was someone with a great sense of acumen and a player who could do wonders on the football field with his amazing skills, positioning, ability to dribble as well as air the ball. After retiring from the sport which he loved the most, Suarez coached and managed various teams, coaching his beloved Valencia team from 1966-65 and from 1966 to 1968.

Gaizka played for Valencia for nine seasons, starting with the club’s B team, but returned to the first team two years later and was able to secure a permanent place in the starting line-up. However, it took him several years to win his first trophy with Valencia, the 1990 Copa del Rey.

Mendieta performance that season was truly legendary: the winning goal against Levante UD, two goals against Barcelona, and a goal against Real Madrid, and finally an unforgettable goal in the final which football fans still remember to this day: controlling a cross on his chest, he flicked the ball over his head and two defenders before turning to volley past the goalkeeper. Mendieta is also considered one of the most prolific penalty takers in the world. He scored a staggering 31 of his 34 penalties, averaging almost 92%, including a remarkable penalty in the Champions League Final in 2001.

Waldo is famously remembered for the amazing time he had spent at Fluminense FC and Valencia. During his 9 years long and successful career at Valencia, he has given some brilliant performances which won the hearts of a lot of Valencia’s fans.

Machado is still remembered for his unbelievable performance against Barcelona where he scored 4 goals in the very first season he played for the club. His honors with Valencia are two Inter-Cities Fairs Cups in 1961–62 and 1962–63 respectively, and one Copa del Generalísimo in the 1966–67 season. Waldo also won the Pichichi trophy for the highest goalscorer of the season in the Spanish league in 1966-67.

Popularly known as “El Toro”, Mario was a gifted player who could create scoring opportunities out of nowhere for himself as well as his teammates in different situations. The Striker was considered one of the most established players at Valencia, finishing as La Liga’s top goal scorer twice, and amassing 116 goals in just 184 games for the club.

Throughout his career, he has received a plethora of awards and titles. Kempes was felicitated with South American Footballer of the Year (1), Pichichi Trophy (2), FIFA World Cup Golden Boot and Golden Ball, both in 1978, and Golden Foot Award in 2007 as a football legend. El Toro was truly a gem of a player who could showcase some amazing skills and techniques on the field of football. 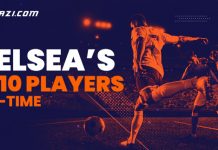 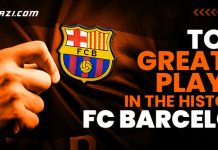 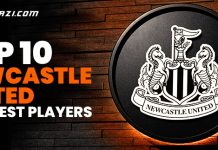