Earlier this week, Madame Tussauds unveiled its latest wax figure of Indian Cricket Team Captain Virat Kohli at the Mecca of Cricket, the Lord’s Cricket Ground to commemorate the start of the International Cricket Council (ICC) World Cup 2019. Captaining the Indian National Team since 2013, Kohli is one of the leading batsmen and a fan favourite worldwide.

The figure was spotted for the first time against the historic and iconic ground at Lord’s adorned in the official Indian cricket kit. The shoes and gloves have a personal touch since the cricketer himself donated it. Visitors will be allowed to experience this magnanimous figure from 30th May till the 15th of July at the Lords Cricket Ground. Following which the figure will be moved to the Madame Tussauds sporting area and will stand along sporting legends like Usain Bolt, Sir Mo Farah and fellow cricketer, Sachin Tendulkar. (Learn more about the history of Madam Tussauds here)

Steve Davies, General Manager at Madame Tussauds London, said “Cricket fever is set to sweep the nation in the coming weeks so what better way to unveil our new figure of Virat Kohli than with the help of our neighbours at Lord’s.”

Tarah Cunynghame, Head of Retail & Tours at Lord’s Cricket Ground said, “Lord’s is the perfect backdrop to reveal this fantastic figure of Virat Kohli on the eve of the Cricket World Cup. The anticipation of the exciting summer of cricket has already started, with thousands of visitors coming to the Ground and enjoying a tour of Lord’s and around the MCC Museum. The figure of the famous batsman will delight any cricket fans visiting Madame Tussauds London.”

In the Cricketer’s famous words “Self-Belief and hardwork will always earn you success.” Kudos to the legend! 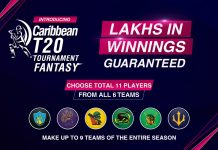 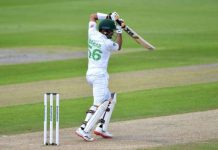 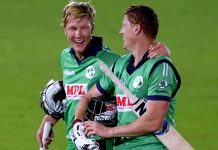