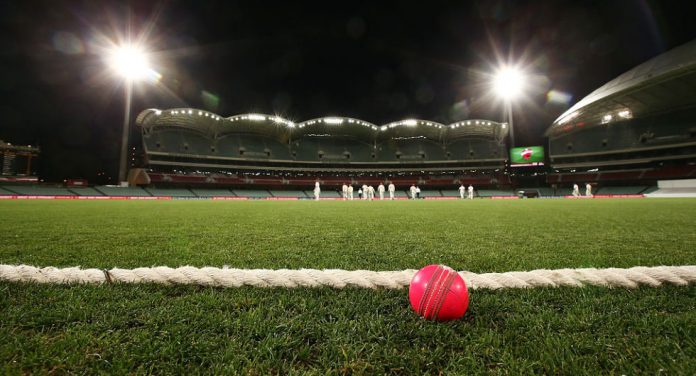 India have been insanely dominant in their World Test Championship campaign up till now, thrashing teams like West Indies, South Africa, Australia and now making Bangladesh their latest victims. With a convincing win in the first test against the lions – a margin of  an innings and 130 runs, Day-Night their campaign is all set to now move towards the city of joy: Kolkata at the Eden Gardens, where the pink ball and the Day-Night Test are waiting eagerly for these two Asian giants to clash.

After being in discussions for long, India’s newly elected BCCI President Sourav Ganguly gave a green signal for India to finally host their first D/N Test Match at his home ground Eden Gardens. While the pink ball is new to Indian cricket and has all the fans excited, this concept has actually been around for a while in the World Cricket scene.

The first D/N test was held with the intent of bringing back the glory of cricket: the gentleman’s game. The match was held on the 27th of November 2015 at the Adelaide Oval between Australia and New Zealand, with Steve Smith and Brendon McCullum leading their respective sides. This happened EXACTLY 36 years after the ICC hosted the first sanctioned Day-Night match! While the pink kookaburra behaved much like the white ball, the match attracted 1,30,000+ people to the stadium as Australia prevailed at the end of the test.

After this match, Pakistan and West Indies welcomed this concept with open arms and experienced a good turn out from the cricketing fraternity. Day-Night Tests have been going on for a while but it was India that took a fair bit of time in coming up with the decision of finally playing a match with the pink ball.

As soon as the decision was taken, while the rest of India was busy playing T20 Internationals against Bangladesh, Indian test Vice-Captain Ajinkya Rahane had already begun practicing with the pink ball in the nets under lights. Indian Captain Virat Kohli in a conference said that he and the team are as excited as the rest of the cricketing world especially the Kolkata crowd for the new format to hit Indian floors.

An interesting fact that comes to mind is that this is not going to be the first time when a pink ball in a day night test is being used in Eden Gardens, India. Bhattacharya, who played in the 2016 Super League opened up about the fact that the Kookaburra pink ball which was used in the match behaved much like the white ball as it travelled better than the red ball and came on to the bat perfectly.

While India play their first D/N Test match against Bangladesh (2nd in the series), you should start making your own team on BalleBaazi and play test match fantasy cricket so that you can win exciting goodies and prizes worth lakhs. Not just this, there are leagues like the South African T20 and UAE T10 league featuring the Baazigar Yuvraj Singh himself, who has been killing it for the Maratha Arabians.

Use code NOV30, NOV40 and NOV50 while depositing money in your BalleBaazi wallet to get bonuses over ₹5,000 and use those bonuses to get into the Gadget Week where we are giving away new phones and exciting gadgets along with BalleBaazi goodies, every single day till the 24th of November!

If you haven’t started depositing yet use code START100 to get a 100% bonus and start playing all the exciting leagues available on the fantasy sports platform.

Just like the rise of fantasy cricket in India, let us all hope that the Test Cricket with pink ball and day night format is well received in the India vs Bangladesh second test at the Eden Gardens, Kolkata. Stay tuned for the fantasy picks for the test match to make the best team on BalleBaazi.