﻿﻿ RCB vs KXIP: Or Is It Bangalore vs Bangalore In Fantasy Cricket
Menu

The Indian T20 season has set off to a great start for both the teams contesting today in another nail biter that awaits us. It’s Virat Kohli’s RCB going against KL Rahul’s Kings XI. RCB began their campaign with a win against SRH while KXIP put up a fantastic show against Delhi before they choked in the last over and lost to a one-sided super over. What makes the clash more interesting is that both teams have already one game each at the same venue as they will be clashing on today.

The 6th fixture of the Indian T20 season is all set to happen at the Dubai International Stadium which is naturally a more pace friendly wicket. The likes of Shami & Rabada starred in the previous game and so did Navdeep Saini & Shivam Dube. However, Yuzi Chahal will play a major role in this game as well as he can ‘turn’ the game at any point in time. The weather looks humid and there are no chances of rain at the venue.

RCB vs KXIP Head to Head

RCB and KXIP have a 12-12 win ratio against each other so it is perfectly squared between the two. Today’s game is going to be a decider among the battle of the Bangalore boys.

Punjab will win the toss and opt to bowl first so we are expecting Devdutt & Finch to go off to a flyer. Padikkal might succumb to Shami’s pace and Finch will go on berserk in this one. Kohli needs just 74 to reach 5500 runs so we can expect him to be special in this one. AB will finish proceedings well and we can expect a score above 170 in this one. Punjab will again fall short of the target however KL & Maxwell will play a huge role. Maxwell will be dismissed by Chahal. 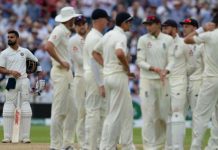