﻿﻿ Why Should You Play Fantasy Cricket? - BalleBaazi Blog
Menu

Cricket and its Reach in India

Cricket has come a long way since the 16th century when it was a bat-and-ball game played between two teams of eleven players each on a field at the centre of which is a 22-yard (20-metre) pitch with a wicket at each end, each comprising two bails balanced on three stumps. Today, millions if not billions of people are actively involved with this sport in one way or another.

Back in the day, we would rush out to buy an MRF bat when Sachin flaunted it on the pitch or a Reebok one when MS Dhoni helicoptered a ball out of the stadium. Then there was the chai pe charcha post every match on How Jasprit Bumrah should have bowled which over? Or how Shikhar Dhawan should have opened instead of Virat Kohli. Every die-hard fan in all these groups kept a note of these analyses and participated in so called Fantasy Cricket Leagues, a place that didn’t exist in reality but in the hearts and minds of the true fans.

The Future of Now
Mobile devices have taken it one step further with on-demand content for fans and followers that not just enjoy the game but wish to partake in this emotion-fueled analytics-driven sport. We are indeed happy to say you can find all the latest and hottest updates and development stats and live scores in real-time on Ballebaazi.com. This has helped fans channel their passion into growing knowledge about the game and win big rewards for using their spot-on analysis.

If you aren’t convinced yet, let’s explore some reasons for you to be participating in the fantasy cricket leagues today.

Create Your Own Team

Let’s face it, everyone is not Ambani or Jindal. but a dream to own an all-star cricket team is still fantasized by many. Fantasy cricket lets you live that dream, at least virtually. Platforms like BalleBaazi let users pick the players that they strongly feel can deliver to their potential for a chosen contest.  One can pick freely among the following categories – Batsmen, bowlers, wicket-keepers, and all-rounders. In total, one has to pick 11 players as per the rules of cricket.

Dedicated fantasy sports apps such as BalleBaazi helps you shape your team and pick the preferred player to formulate your winning team. A team of 7 players can be picked from a given team. Next, assign a captain and a vice-captain – they are the individuals who will reward you with higher points compared to the other 9 players.

While you have the freedom to select any player for your fantasy cricket 11, the best practice would be to handpick only those players who are available in the playing 11, which means they are sure shot selections and can generate you some rewards firstly by their addition in the team and secondly by their performance as a batsman, bowler or a fielder.

If you selected the players who aren’t in the playing 11 for the match and you’ve built the fantasy team then you won’t get any points for the particular player, which in turn will affect your overall rankings in a contest.

Know More About the Sport

Its all those stats, numbers and performance of the players in the real game that effects the results of a fantasy cricket match. Major success in fantasy cricket is all based on the knowledge one has about the sport and how updated he/she is. Luck might be a factor in the real game, but in the fantasy cricket leagues, it’s all statistics. In this case, one must know about cricket in order to outwit the competitors in varying priced small or big leagues.

The players must try to keep themselves informed on the following parameters at all times in order to get an upper hand in a fantasy contest.

And many more stats that are updated along with live scores and match predictions as they come about on the website A good analysis of recent events in the sport is a major factor in the success of your performance throughout the contest.

The best part of any fantasy cricket contest is not just the rankings, but the rewards they generate through constant participation. The highly rewarding platform makes you want to participate again and again in multiple contests, be it for the same match or different matches. The concept of reward adds a certain degree of excitement and validation to the competition.

And let’s be honest, who wouldn’t want to participate in a contest that has entry fees in single or two digits that can reap greater rewards after a successful game. Not to forget, there’s bonus cash and discounts that help users reinvest their money for other contests. Not to mention, the many other loyalty rewards that unlock on successful completion of competitions in the fantasy cricket leagues excusively on the BalleBaazi app.

While most look to play safe by taking part in head-to-heads and small leagues, many compete at a slightly bigger level in the mega leagues to reap bigger rewards. Each of the leagues has a limit on the number of players that can participate in a contest. Big leagues, big wins, big rewards.

So, is fantasy cricket your cup of tea yet?

Well to sum it up, if you’re a fan of the gentlemen’s game, and have a knack for learning new things while getting rewarded for the same, you’re in the right spot and might want to dig deeper into it.

Join our chai pe charcha as we discuss stats, players, performance, gameplays and more on the website and our social media channels on Instagram and Youtube to enjoy India’s most rewarding fantasy cricket experience. BalleBaazi is truly your one-stop shop to get you started with everything fantasy cricket.

Build a team, choose from hundreds of leagues, deploy strategies and rake in those amazing rewards and cash prizes every day!

Don’t forget to try out our cash games and bonus money on BalleBaazi with the free contests available every day.  Download the app today to earn a ₹50 sign up bonus and enjoy your first cash league for free! 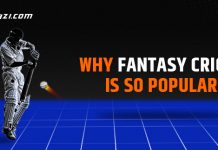 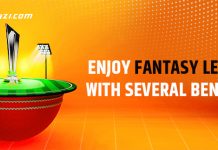 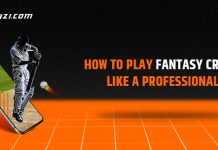