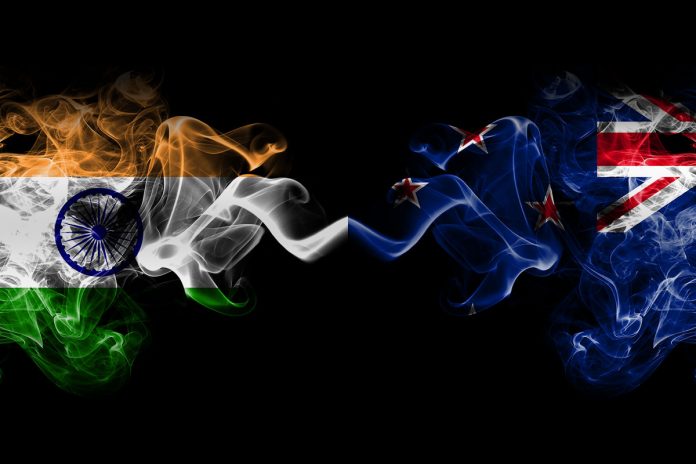 India have had a roller coaster season in New Zealand with a 5-0 clean sweep in the T20Is but an eye-opening 0-3 defeat in the ODIs. What’s coming up is the 2-match Test series which is of course, a part of the World Test Championship. India have been undefeated up till now and New Zealand have not lost a Test match in the past 30 months at home.

The contest is going to be crazy because New Zealand will be strengthened by the return of their pace spearhead: Trent Boult. Not just him, the Kiwis have Wagner too, who has already troubled the invincible Steve Smith in the recent concluded Test series down under. India has been unstoppable in the longest format of the game and Captain Kohli would like to keep it that way in this series as well. Let’s take a look at the squads in place:

The Head to Head stats tell us a lot about India’s dominance in the format:

However, in the last test series in 2014 in New Zealand, the Blackcaps managed to take a 1-0 lead against India, thanks to McCullum’s 302 in the 2nd Test that denied the visitors a chance to level up the series.

Highest Individual Total: 302 Brendon McCullum was absolutely phenomenal at Wellington where he became the first Kiwi player to score a triple ton. He powered NZ to a total of 680 after which it was impossible for India to reach 438 to win the game.

India and Virat Kohli’s strength in the World Test Championship has been batting first and ending up winning the match. However, if India needs to win in New Zealand, the stats suggest otherwise! Kiwi veteran and now cricket commentator Simon Doull went on to say that the pitches in New Zealand help the bowlers on the first 2 days since the curators put up a lot of grass for Day 1 considering they are way too flat. Both sides mostly lose all their wickets in the first innings in the first 2 days so it remains as a 2nd innings contest that way. This means that India will have to change their strategy and adapt according to the situation in New Zealand. They will have to bowl first considering the record here and back their pace battery in Umesh-Ishant-Shami-Bumrah to square up the Kiwis in both the innings.

If you zoom out and observe the squads, both teams have an amazing lineup of batsmen so the game changer is going to be the bowling trio of Wagner, Boult & Southee against Umesh, Ishant, Shami & now Bumrah. The Indian trio has recently performed really well so it would be interesting to see whether Ashwin & Jadeja both get to play the 1st test match. The big story though would be the Kiwi bowlers against the Indian bowlers, the series relies on the bowling department of both the teams as both of them have a batting line up of resilience and class which are the two most important factors in Test cricket.

While India take on the Kiwis for the Test series, you stay tuned on one of the best fantasy sports app BalleBaazi and use BalleBaazi codes to avail maximum bonus. Do not forget to check out the Partnership Program on our platform which will take your refer and earn game to another level. Earn real cash online and play fantasy cricket on BalleBaazi daily using the fantasy tips and tricks on the BalleBaazi blog to up your fantasy sports game this India vs New Zealand test series.