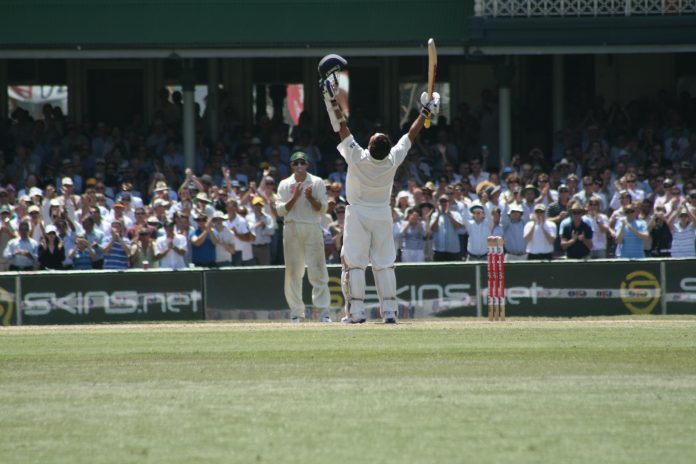 There are only a few things in the country that have the power to unite a whole nation. Be it religion, castes, creed, sex, race, Cricket has always been the heart of the Indian society. Most of us millennials have associated our life’s major events around cricket. You know where were you when MS Dhoni hit that legendary final six of the 2011 Cricket World cup in India v/s Sri Lanka, or when Sreesanth took the final catch in India v/s Pakistan T20 World Cup final in the year 2007.

Similarly, 8 years ago on this day a long awaited milestone was achieved by the greatest batsmen to have graced the game of cricket on the field and in fantasy cricket off the field. Yes, we are talking about none other than the Bharat Ratna Sachin Tendulkar scoring his 100th century against Bangladesh at the Sher-e-Bangla stadium in Dhaka. Even today when Sachin plays a friendly match like the road safety series, he features on a credit of 10.5 in fantasy cricket on one of the best fantasy sports app BalleBaazi.

Why was Sachin’s 100th Ton Much Awaited?

Sachin’s 99th hundred happened during the 2011 World Cup against South Africa in a league game. After that Sachin got dismissed in the 90s for 7 times at scores of 99,91,95,99,95 & 91. The whole world had thought there is a jynx on this priced possession and in Sachin’s words he had been asked about the 100th 100 in almost every public gathering he went to. After almost an year and 4 days on 16th March 2012 Sachin Tendulkar became the first man in the history of the game to score his 100th international century.

The Struggle of the Nervous 90s

If you talk about the number of times, he has been dismissed in the 90s throughout his career, Sachin Tendulkar holds an unwanted record of 27 innings when he got dismissed above 90 but still did not reach the century mark. In a game against England at Bristol, Sachin was playing excruciatingly well and was on 99. He was all set to make his 100th test ton when a short pitch Flintoff delivery went past his left shoulder, the English team appealed and the entire crowd including the England supporters were shocked to see the umpire’s decision as out!

Sachin was not out. In the words of renowned author Jeffery Archer who happened to be as one of the spectators on the day said, “We all (England crowd) wanted Sachin to make that hundred but he was robbed!”

Sachin Tendulkar has probably been one of the greats to have graced the game and has given some sleepless nights to world class bowlers like Wasim Akram, Waqar Younis, Shoaib Akhtar, Shane Warne, Douglas Hondo, Dayle Steyn, etc. To make his 100th test ton, it took a small flick on the leg-side off the all-rounder Shakib Al Hasan in an India vs Bangladesh game. Sunil Gavaskar, who was in the commentary box said, “We are all very lucky to witness this. This is a rare rare moment in the history of the game and it might never happen again!”

Even Sachin could not hold back his tears after making that century as he looked at his bat and in his signature style thanked the heavens after scoring that run.

The coronavirus outbreak might have affected a lot many games on the ground. While you cannot get entry into the stadium, you definitely can enter the leagues on BalleBaazi right now. The Pakistan T20 League finale is on along with the Momentum ODI series. Do not miss the chance to win real cash online on BalleBaazi and put your fantasy tips and tricks into play.