﻿﻿ Fantasy Cricket Paathshala: How To Win a Grand League
Menu

How often do you play a grand league in your favorite upcoming matches and end up losing or winning marginally perhaps a little more than your buy-in amount? Fantasy cricket or fantasy sports, in general, has created a huge wave among sports enthusiasts over the country for numerous amount of years now and there are certain myths that are yet to be uncovered in this huge industry of online gaming. While skills can give you safety there’s an element of risk in every game that makes it fun and is usually the difference between a winner and a Champion!

Welcome to BalleBaazi Fantasy Cricket Paathshala, as we give you simple tips and tricks to ace your game in the Grand Leagues contests:

A better example of this would be: James Anderson running in with the Dukes ball under overcast conditions: Does Pujara make it to the XI? Not really, it’s Jimmy after all!

Apply these skills on the BalleBaazi fantasy app now in order to win more and get those fantasy points in your fantasy team. Lots of cricket and football action is live on the platform so make sure you make the best use of this opportunity.

A long tour of India and other international fixtures are making their way along with some spicy T20 leagues demanding your skills and knowledge on the BalleBaazi platform, your best fantasy cricket app. Make sure you use BalleBaazi code START100 on your 1st deposit or if you are a current user, check out our promos tab to redeem the latest codes in order to save money in your BalleBaazi fantasy sports journey in online gaming. 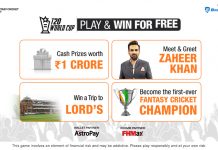 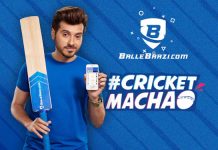 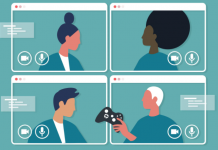 Enhancing Your Online Gaming Experience Like Never Before: BalleBaazi Features